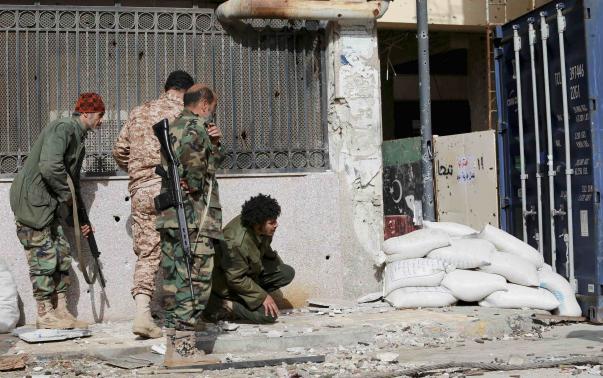 Fighting for the control of the eastern Es Sider and Ras Lanuf oil ports has started again with between the two rival governments and both sides are claiming that they are having the upper hand. The ports are being controlled by militants loyal to the Tobruk government but Tripoli has been trying to force them out since December. The eruption of new clashes came a day after UN Special Envoy Bernadino Leon visited the parliament in Tripoli to discuss about restarting the peace talks in the country. 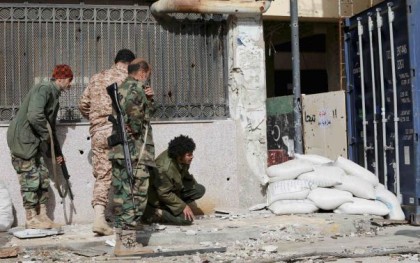 A spokesman of the forces allied to Thinni’s government claimed that the fighters from Tripoli attacked from all sides on the oil ports but they were able to repel the attack with the help of airstrikes. An official of the Tripoli based government also stated that their fighters are advancing. Both sides said five of their fighters have been killed in action.

UN is trying to seal a ceasefire deal in order to begin negotiations inside Libya as demanded by the Tripoli based government during talks in Geneva last month. After a meeting with Special Envoy Leon, spokesman Omar Hmeidan of the Tripoli parliament said they have agreed on working towards a national unity government which could have a government head with two deputies coming from each of the rival assemblies.

Neither the Tobruk based government nor the parliament has commented on the matter. Negotiations are expected to start next week in a secret location.

After the uprising that ended Gadhafi’s rule, Libya’s wish to establish a democratic system of government has been hijacked by armed groups refusing to lay down their arms.