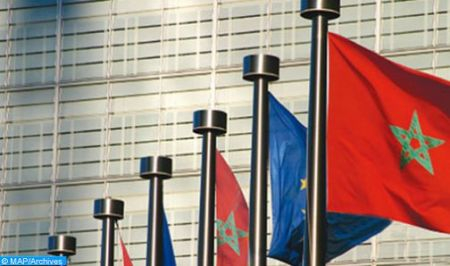 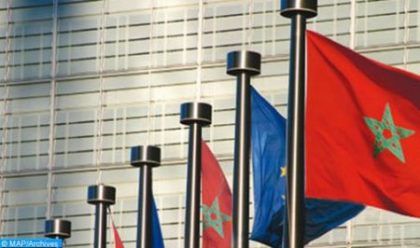 The European Council has welcomed the renewed impetus in EU-Morocco relations, saying it looks forward to the upcoming EU-Morocco Association Council.

In their conclusions adopted at the end of the European Summit convened in Brussels, the European leaders underlined that they looked forward to the upcoming EU-Morocco Association Council.

The heads of State and government of the member States of the European Union also underlined the crucial importance of the EU’s strategic partnership with Africa, expressing their commitment to developing it further with a shared ambition to face together common and global challenges.

They affirmed in this connection that the stability, security and prosperity of the countries on the southern shore of the Mediterranean are of crucial importance for the EU.

The European bloc has extensive ties with Morocco in trade, political and security matters. The Union, which is Morocco’s largest trading partner, has renewed lately with the North African Kingdom the agricultural and sustainable fisheries partnership deals.

The two agreements enhance the benefits and advantages of local Sahara inhabitants and strengthen the multidimensional strategic partnership existing between Morocco and the EU.

The two agreements constitute a major diplomatic victory for Morocco as they extend European trade preferences to agricultural and fishery products from Morocco’s southern provinces, despite the hostile lobbying made by the polisario and its mentor, the Algerian regime.

The 4-year protocol implementing the fisheries agreement allocates fishing opportunities for the EU in exchange for an overall financial contribution of €208 million. A substantial part of this contribution will be used to promote the sustainable development of the fisheries economy in Morocco and the Western Sahara fisheries sector.

The agreement takes into account the judgment of the European Court of Justice of February 2018 in case C 266/16.