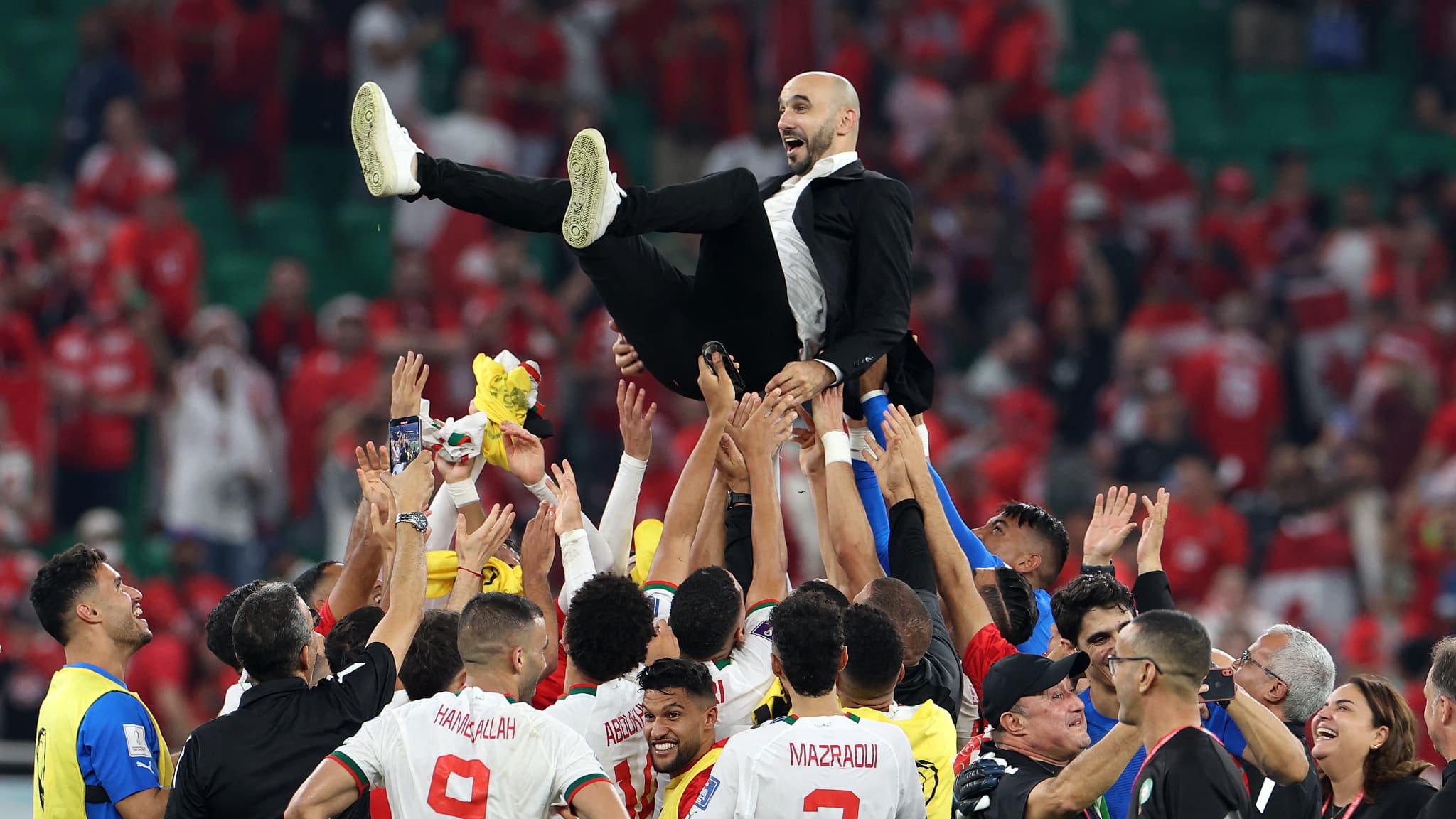 Morocco has become the first Arab team to top a World cup group after beating Canada 2-1 in their third game played Thursday at the Al-Thumama Stadium in Doha.

Thanks to the early goals of Hakim Ziyech and Youssef En-Nesyri, Morocco takes the lead of Group F, reaching the World Cup knockout stage for the first time in 36 years.

Canada’s over-confident goal keeper Milan Borjan rushed out of his box to play the pass but it was too weak for Kamal Miller to get there in time and it found the boots of Chelsea’s Hakim Ziyech who lofted a beautiful finish into an open net.

The early goal gave the Atlas Lions a real boost in just the fourth minute of the game. They doubled their advantage through Sevilla’s Youssef En-Nesyri’s well-taken goal as he controlled Achraf Hakimi’s superb pass before firing in.

In the 72 minute of the game, Canada nearly equalized. A header by Atiba Hutchinson beats Moroccan goalkeeper, hits the crossbar then caroms down and hits the line.

The Atlas Lions, whose previous trip to the 16 goes back to 1986, finished above 2018 finalists Croatia, while Belgium exits the international tournament after finishing third in the group.

Morocco started the World Cup tournament with a goalless draw against Croatia before stunning Belgium 2-0. They needed just a draw to advance to the next round of the World Cup finals but did more than that, sending their fans in dreamland.

The fans poured onto the streets throughout the country to celebrate the historic win. They sang and danced following the memorable feat. It was not just in Qatar and Morocco where the fans were exuberant, the Atlas Lions supporters across the Arab world, Europe and America were also gleeful.