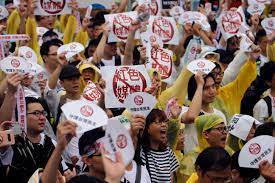 South Africa’s free press has been largely successful at resisting efforts by the Chinese government to influence its content, a recent study by the US-based think tank Freedom House has concluded.

The Freedom House report, titled “Beijing’s Global Media Influence 2022,” said South Africans as a whole, including journalists, are highly skeptical of Chinese state narratives. It said that, despite success by the Chinese government in building ties with the ruling African National Congress party, “coverage of China in South African media remains overall diverse … and often critical of the Chinese government.” Experts say that South Africa’s wariness of state media generally stems from the country’s legacy of apartheid, when the media was censored.

Even with a free press, the Chinese government still attempts to influence South Africa’s media environment, according to the findings by a Freedom House’s 2022 study, which studied China’s media influence in 30 countries around the world.

A private Chinese company with links to the Chinese Communist Party (CPP), StarTimes Group, has invested 20% in local satellite provider StarSat, which offers Chinese state media television channels, the report said. Of the 30 countries studied from around the world, Beijing’s efforts at influencing the media were deemed “high” or “very high” in 16 of them, and only half of all those surveyed were found to be resilient to the messaging, the other half vulnerable.