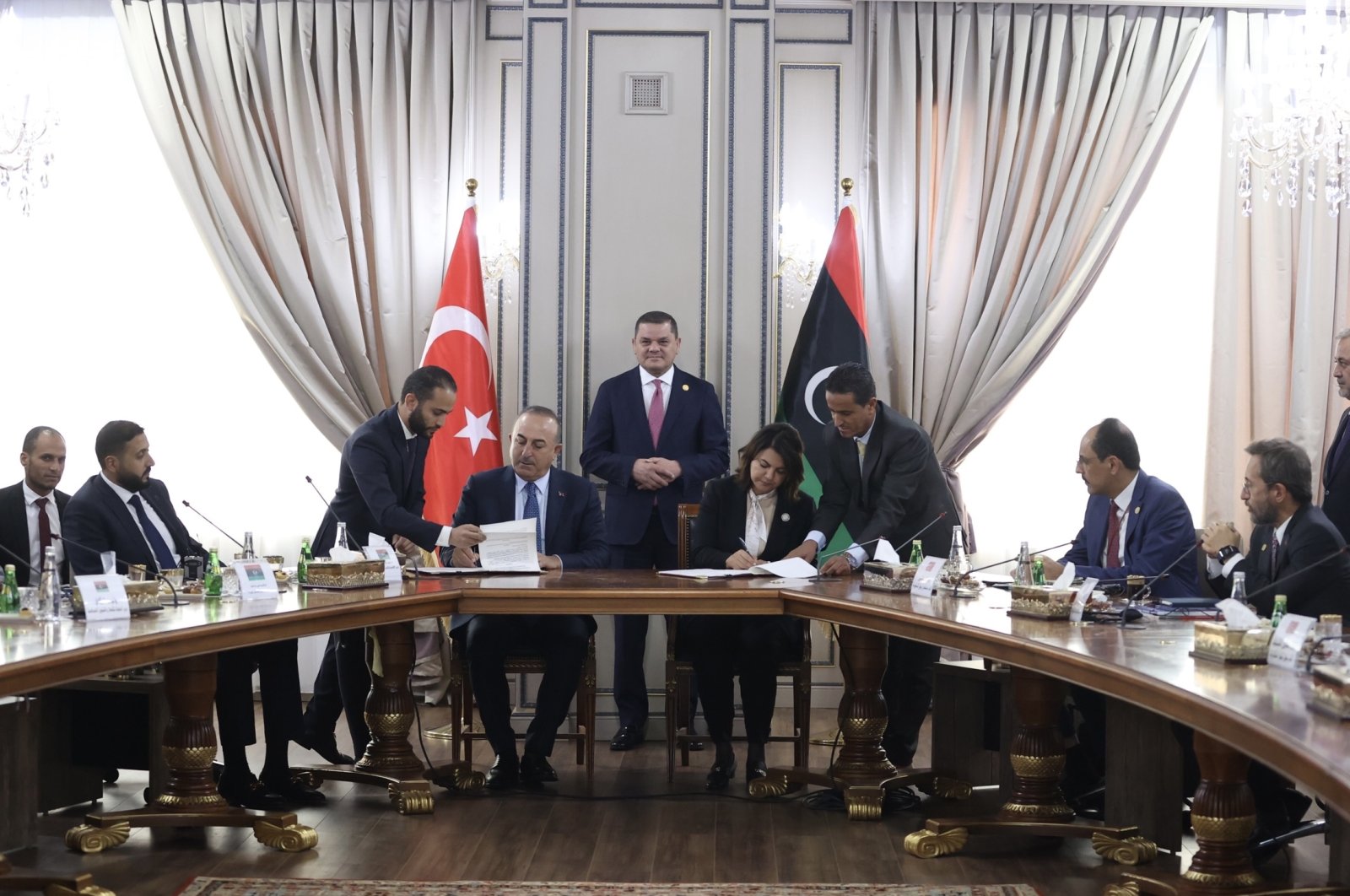 The agreements will allow for oil and gas exploration in Libyan waters and come three years after the two countries signed a maritime border deal.

Speaking at a ceremony in Tripoli, the two countries’ foreign ministers Mevlüt Çavuşoğlu and Najla Mangoush said they had signed memorandums of understanding (MoU) aimed at benefiting both countries.

“We’ve signed a Memorandum of Understanding on exploration for hydrocarbons in Libya’s territorial waters and on Libyan soil, by mixed Turkish-Libyan companies,” Çavuşoğlu was quoted by daily Sabah as saying.

Najla Mangoush, foreign minister in Libya’s Government of National Unity, said the new deal was “important,” especially in light of “the Ukrainian crisis and its repercussions” for energy markets.

The deals were signed as a high-level delegation was visiting the North African country’s capital for talks on bilateral relations and regional issues.

In 2019, Türkiye and the Government of National Accord (GNA) signed an agreement over the Eastern Mediterranean, demarcating the two countries’ shared maritime borders to prevent any fait accompli by regional states. The two countries also signed a military cooperation accord.