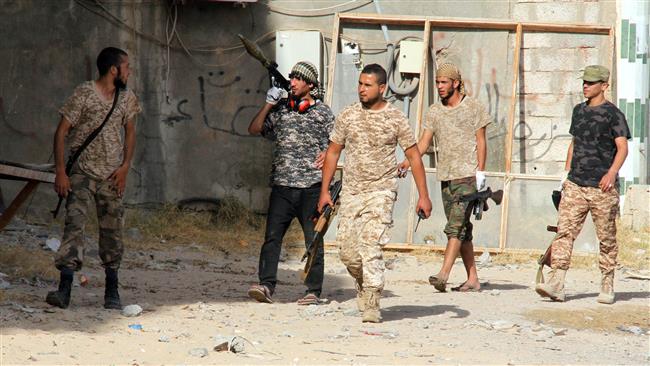 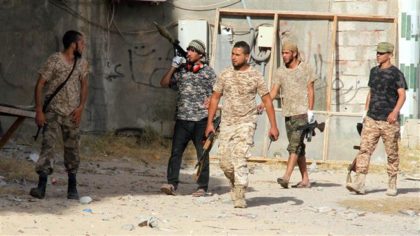 Tuesday clashes between the Islamic State group militants and the militias loyal to the Government of National Accord in Sirte left 34 pro-GNA killed, forces operations-room told media.

Tuesday confrontation was the bloodiest for GNA forces, which have been pushing into the coastal city to dislodge the jihadists who have seized Muammar Gaddafi’s home last year in June and turned it into their nerve center in North Africa.

Military source speaking from the Misrata operations-room told the media that death toll grew from 18 to 34 while 100 have been wounded in the clash.

GNA loyalists have since May launched military operations to retake the coastal city. Forces with aircrafts and tanks are pounding militants’ positions.

IS militants, in their fighting back, are using suicide attacks, snipers and explosives. The military says the militants have barricaded themselves in buildings and in some pockets of the city.

Since the beginning of the assault, more than 200 pro-GNA fighters have been reported dead and around 500 wounded. Death toll on the side of the jihadists has been difficult to verify.

The terrorist group has fed on the power vacuum which occurred in the wake of the fall and death of former ruler Muammar Gaddafi in 2011 in a NATO-backed revolution. The group has been able to conquer vast swathes of the country and tried to seize Libya’s oil fields.

In a bid to restore stability in the North African country, the UN last year in December rallied the rival brothers to sign a political agreement known as Libyan Political Agreement, which gave birth to the GNA led by Prime Minister-designate Faiez Serraj. But rivalries are still hampering the GNA’s work.