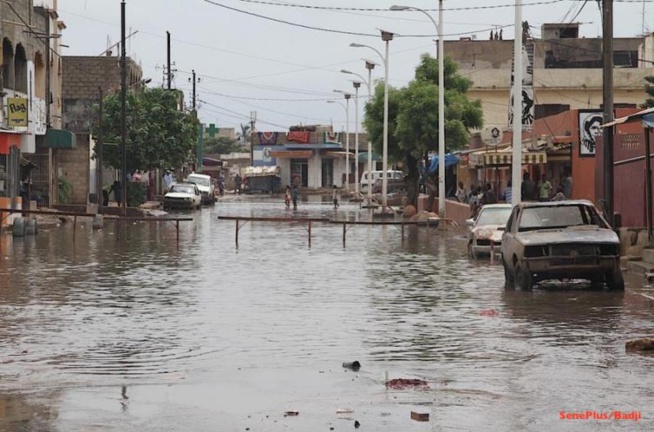 Senegalese President Macky Sall Saturday chalked the torrential rains that fell on capital Dakar and the entire country on climate change, Sene News reports.
“The heavy rains are due to the climatic disturbances in the world. This makes the rains much more intense and the damage very important. The weather forecast had announced it: at the end of August and the beginning of September, we must expect this kind of rainfall,” he said.
“That is why I instructed the Minister of the Interior and the Minister of Water to monitor the situation on a daily basis by issuing alerts in collaboration with the Weather Service, as well as recommendations for good practices to be adopted. So, I present my condolences to all Senegalese and reassure them of the assistance and the appropriate measures.”
A young man, the Senegalese media notes died Saturday as result of the heavy rain after he was electrocuted. The incident took place at Cambéréne 2 a district of the Senegalese capital traditionally prone to flooding after any rain.