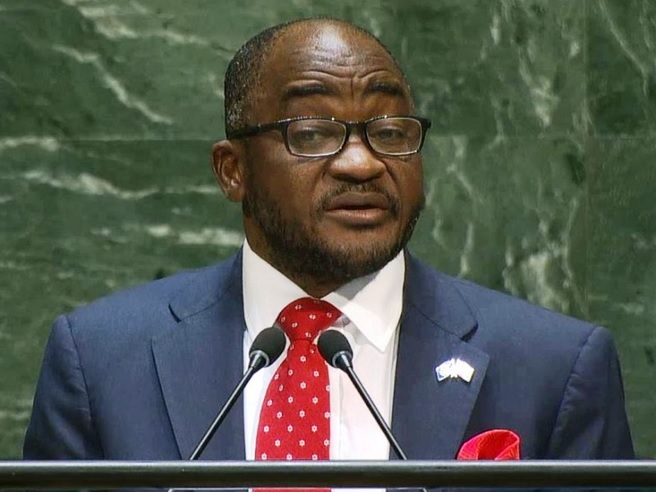 Liberia regretted, on Saturday, the absence of Morocco from the 8th Tokyo International Conference on African Development (TICAD 8) and called for “the suspension of this session until the resolution of the problems relating to the procedures”, following the unilateral invitation extended by Tunis to the Polisario separatist entity to this event.

“Liberia expresses regret over Morocco’s absence from TICAD-8. We are surprised at the imposed presence of a delegation (reference to the polisario) in violation of TICAD procedures,” said Liberian Foreign Minister Dee-Maxwell Saah Kemayah at the opening of this conference.

He called for the respect of the procedures and rules relating to the invitation of persons and delegations, established jointly with Japan, insisting on the need to comply with the decisions of the African Union relating to the format of participation in meetings of partnership.

The Moroccan foreign ministry pointed out in a new statement that the Polisario had no place at TICAD and that African Union resolutions stipulate that not all Union members are entitled to attend.

A correspondence from the Japanese mission to the African Union states clearly that only those countries that have received an invitation co-signed by the Japanese Prime Minister and the Tunisian President will be able to take part in this meeting.
The correspondence, issued by Japan on August 19, explicitly emphasizes that this co-signed invitation is “the only and genuine invitation without which no delegation will be allowed to participate in the TICAD-8,” making it clear that Japanese authorities did not address whatsoever invitation to the Polisario chief Brahim Ghali and his self-proclaimed republic referred to in the Japanese document as “the entity”.

TICAD is not a meeting of the African Union, but a framework for partnership between Japan and African countries with which it has diplomatic relations. TICAD is, thus, part of African partnerships, as they exist with China, India, Russia, Turkey or the United States, and are open only to African states recognized by the partner, the Moroccan Foreign Ministry said.

Consequently, the rules of the African Union and its framework, which Morocco fully respects, do not apply in this case.

Liberia’s position reinforces those taken by other African states, including Senegal, Guinea Bissau and chair of ECOWAS, the Comoros islands…, which have denounced the unilateral invitation by Tunisia of the separatist entity in violation of the preparation process and the established rules, and deplored the absence of Morocco, the second African investor in the continent whose banks, fertilizer and private companies have been actively operating across the continent for decades.

Morocco recalled its ambassador for consultation and denounced Tunisia’s hostile acts by offering a unilateral invitation coupled with a Presidential reception to head of Polisario separatist entity.