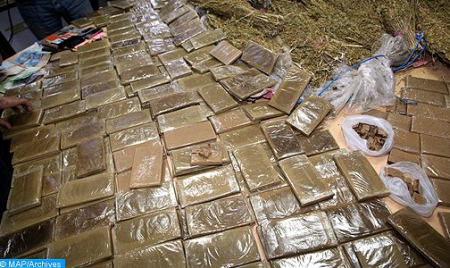 A source from the customs revealed that the banned substance was carefully hidden in the form of plates inside a Spain-registered car.

The Spanish national who was driving the car attempted to smuggle the drug into the occupied presidium of Sebta.

The police, which used trained dogs to detect the hidden drugs, handed over the car driver to the judicial police in Tetuan for further investigations.