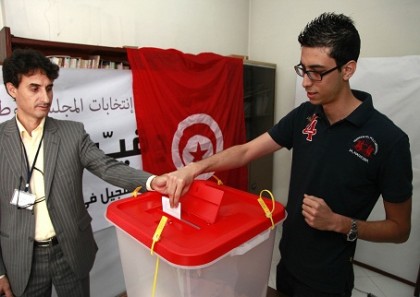 A Tunisian student residing in Morocco casts his vote at the polling station inside the Tunisian embassy in Rabat October 21, 2011. Tunisians will vote in an election on October 23 that will shape the country’s future direction after a revolution earlier this year ousted
the president and inspired the “Arab Spring” uprisings. REUTERS/Stringer (MOROCCO – Tags: ELECTIONS POLITICS)