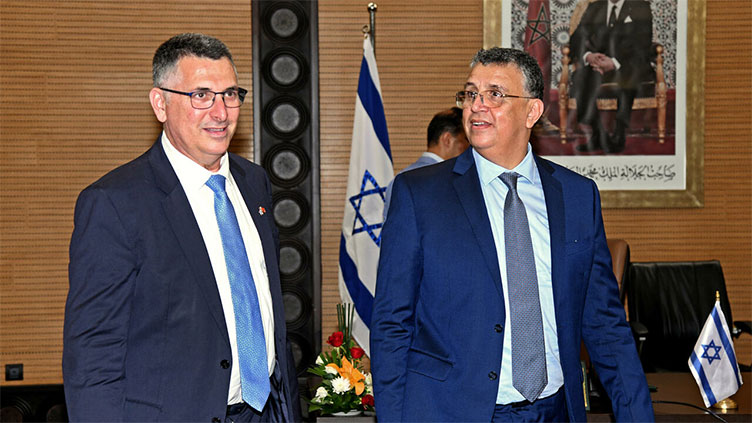 Morocco and Israel agreed Tuesday to step up their legal and judicial cooperation as partnership between the two countries is gaining momentum following the normalization of their relations in 2020 within the frame of the US-brokered Abraham accords.

The agreement was signed in Rabat by Moroccan Justice Minister Abdellatif Ouahbi and his Israeli peer Gideon Saar. The two countries pledge to share expertise and experiences in digitalization of judicial system and strengthen cooperation in the fight against organized crime, terrorism and human trafficking.

Since the normalization of relations between Rabat & Tel Aviv, visits and contacts between Moroccan and Israeli officials intensified, culminating with the signing of a series of cooperation accords in defense, cybersecurity, technology, scientific research, tourism, economy, culture, sports…

Talks focused on cultural exchange program for youth from both countries and cooperation prospects between Moroccan and Israeli universities.

North Africa Post's news desk is composed of journalists and editors, who are constantly working to provide new and accurate stories to NAP readers.
NEWER POSTMorocco to benefit from U.S. food coating technology to cut post-harvest crop loss
OLDER POSTThe many faces of apartheid: South Africa calls for Israel to be declared an ‘apartheid state’