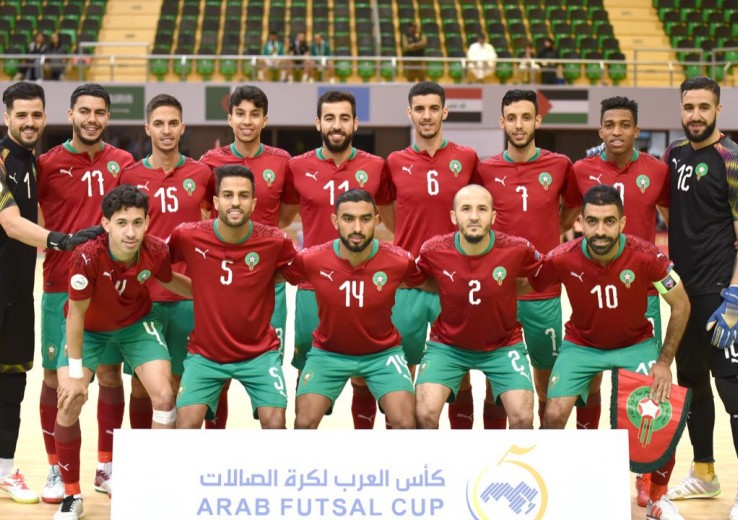 The Atlas Lions won the 2022 Arab Futsal Cup on Tuesday, June 28 in Dammam, Saudi Arabia, after they won over Iraq in the final (0-3).

The Moroccan team thus retain the title they won in 2021 in Egypt.

Following this victory, King Mohammed VI sent a message to the members of the national futsal team, expressing them his warm congratulations for winning the sixth edition of the Arab Futsal Cup.

The King voiced his pride in the feat of the national futsal team which was able to win the Arab Cup for the second time in a row, and hailed all those who contributed to this well-deserved victory, including players, coaches and technical staff, as well as executives and managers of the Royal Moroccan Football Federation.

The Sovereign expressed appreciation of the great technical performance and sportsmanship shown by the team during this championship, thus enriching their record of Arab, continental and international titles.

Reiterating his congratulations for this new title which honors Moroccan football, the King wished the members of the national team full success in achieving more titles, assuring them of his high solicitude and benevolence.

The nine-day tournament that took place in Dammam in Saudi Arabia was hosted by the Saudi Fustal Federation.