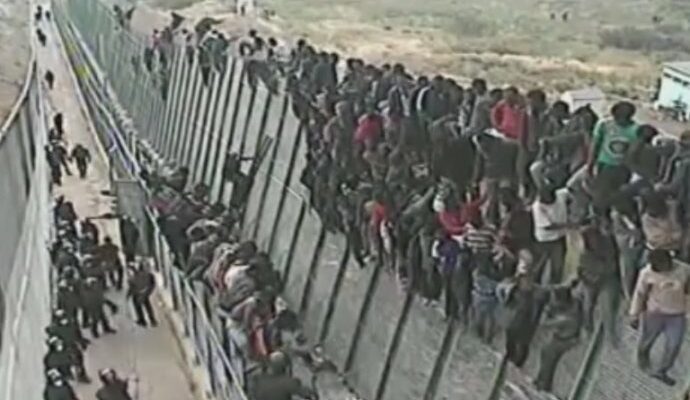 Spanish Minister of Foreign Affairs, José Manuel Albares, stated, Tuesday, that ”without the collaboration” of Morocco, it would be ”impossible” to control illegal migration flows.

Without the collaboration of the Moroccan security forces and the excellent work of the Spanish security forces, it would be impossible to control the illegal migration phenomenon,” Albares said in an interview with “Antena 3” TV channel.

According to the head of Spanish diplomacy, “no country in the world, no matter how powerful it is, can face this phenomenon alone.”

He highlighted the “complexity” of managing this scourge and facing the onslaught of people who “seek a better life, putting their lives at risk.”

What we must do is to improve and strengthen our cooperation with Morocco and with the countries of origin and transit. Europe and the European Commission must be involved,” said Albares.

“Cooperation between Europe and the countries of origin and transit must be strengthened, and technological means must be provided to prevent this kind of attack from happening again,” he insisted, alluding to the storming by some 2000 migrants of the fence of Melilla, a Spanish occupied enclave in Northern Morocco, last Friday.

The illegal migrants coming from sub-Saharan countries attempted to storm the metal fence, resorting to very violent methods and causing a huge stampede and fatal falls from the top of the fence.

This attempted forced entry, which left 23 migrants dead and 140 law enforcement agents injured, was marked by the use of unprecedented violence by would-be illegal migrants.

Armed with stones, clubs and sharp objects, these would-be illegal migrants resisted violently the law enforcement officers, who were mobilized to prevent them from crossing the fence, as shown by the photos and videos circulating on the web and social networks since last Friday.

Meanwhile, as Morocco faces a defamation campaign and criticism for the way it handled Friday’s mass migration attempt, Spain’s Prime Minister, Pedro Sanchez, stepped up to the plate to express strong support for the North African country’s approach to tackle irregular migration.

In an interview with the Spanish news outlet La Vanguardia, Sanchez described Morocco as a “strategic partner for Spain not only in terms of controlling illegal immigration, but also in being an important ally for Spain in the fight against terrorism.”

Backing Morocco’s intervention in the Melilla events, the Spanish PM said Morocco has been suffering in addition to fighting “violent actions of migrants.” He notably blamed the Melilla incidents on human trafficking networks and other transnational mafias who, he said, have turned migrants’ desperation and suffering into a money-making business.

Sanchez who regretted the loss of lives during this latest mass migration attempt, expressed satisfaction with and gratitude to Morocco’s security response to migrants’ muscular attempt to cross into Melilla.

In this context, the European Union has said it is maintaining contact with authorities in Morocco and Spain to understand the circumstances of the incident.

EU foreign affairs spokeswoman Nabila Marssali stressed on Tuesday at a press conference in Brussels the EU’s determination to work more closely with partners on a comprehensive management of the migration crisis, including the urgency of boosting coordination to fight human trafficking networks.

While some critics have been quick to hold Morocco accountable for the tragic incidents, the North African country has received support from a number of African diplomats who have hailed Morocco as being the only country in Africa with a migration policy permeated by a humanitarian approach.