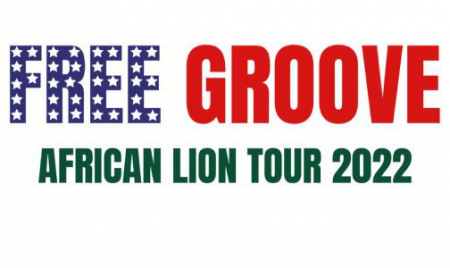 In celebration of the African Lion military exercises taking place June 20 to 30 and in celebration of Morocco-US security partnership, the U.S. Military Band Free Groove holds a series of free, public concerts in Morocco June 17 through 28, announced the U.S. Embassy in Rabat.

The military band will bring their “unique blend of American rock, pop, and jazz to local audiences in celebration of the African Lion military exercises and our bilateral security partnership,” said the Embassy in a statement.

Free Groove’s African Lion 2022 Tour is organized by the U.S. Embassy, in partnership with EMAA Foundation, and other local partners, according to the statement.

The band, which performed Friday in Casablanca, as part of World Music Day Festival, will play on this Sunday in Kasbah Mehdia, in front of the Kasbah gates and on June 21 in Rabat, at the esplanade of the National Library of the Kingdom of Morocco.

Free Groove band will also perform on June 23 in Tangier, on June 26 in Agadir, and on June 28 in Taroudant.

The American Fulbright Scholar Katie Hicks and her band of Moroccan musicians playing Tirroysa music will be performing with Free Groove in Rabat, Agadir, and Taroudant.

Free Groove is the U.S. Army Europe and Africa’s premier jazz ensemble composed of talented soldiers, who were specifically selected for their improvisation and jazz arrangements.