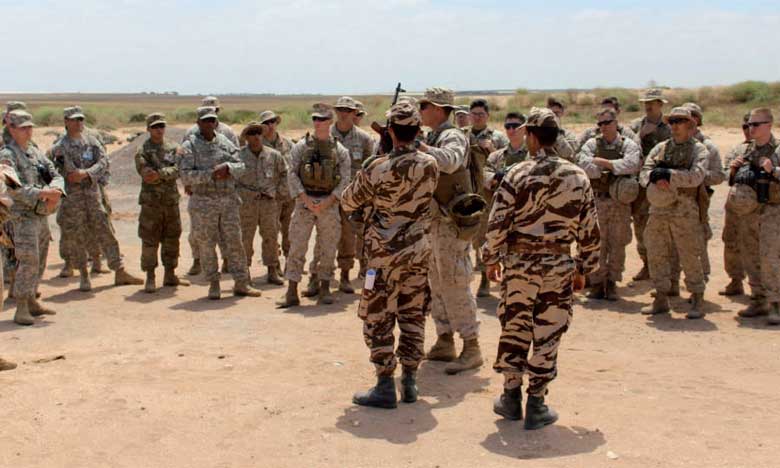 The academic cycle of training, held as part of the Global Military Cooperation Plan and in preparation for the African Lion 2022 exercise, ended Friday, said the General Staff of the Royal Armed Forces (FAR) in a statement.

The academic cycle of preparatory trainings, held at the level of the Staff of the South Zone in Agadir from June 6 to 17, ended by a ceremony during which certificates were awarded to participants of different nationalities, said the FAR statement.

The trainings concerned the different areas and aspects related to the exercise that will take place June 20 to 30 2022 in the regions of Agadir, Benguerir, Kenitra, Mahbes, Taroudant and Tantan.

The trainings aim to develop interoperability between forces, the exchange of expertise and experience in various fields as well as preparation for functions related to planning within the Operational Centers formed on the occasion of the execution of the African Lion 2022 exercise, a previous FAR statement had said.

This 18th edition of the African Lion exercise, organized by FAR and the U.S. Armed Forces, will be attended by representatives of 18 partner countries, in addition to military observers from some thirty African and international countries.