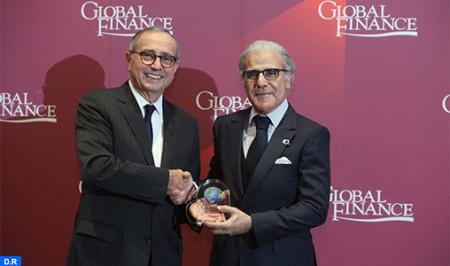 Moroccan Jouahri among Top 10 Best Central Bankers in the World 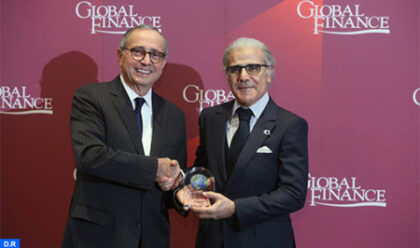 Governor of Bank Al-Maghrib Abdellatif Jouahri was named among the top ten central bank governors in the world in 2019 for the third year in a row.

Jouahri got an “A”, the maximum grade awarded by New York magazine Global Finance in its ranking “Central Banker Report Cards 2019”, bringing together 94 governors of central banks.

Explaining why Jouahri earned “A” grade in 2019, Global Finance magazine said Bank al-Maghrib has held its key rate at 2.25% since 2016.

Current borrowing costs are consistent with the medium-term outlook for the economy and inflation, which has slowed to about 0.6%, according to the central bank data.

Real GDP growth is expected to slow slightly, to about 2.8% this year from 3% in 2018, before rising to 4% in 2020. The automotive sector accounts for more than a quarter of exports, with several French automakers operating production plants in the country, the magazine said.

Morocco is improving its business environment and infrastructure to attract more foreign investment. Agriculture, tourism, automotive-parts production, phosphates and textiles are the mainstays of the economy. Casablanca, the largest city in Morocco, is also the country’s primary industrial zone, it said.

In the MENA region, the other governors who earned “A” grade are Kuwait’s Mohammad Yousef Al-Hashel; and Lebanon’s Riad Salamé, at the head of Banque du Liban since 1993.