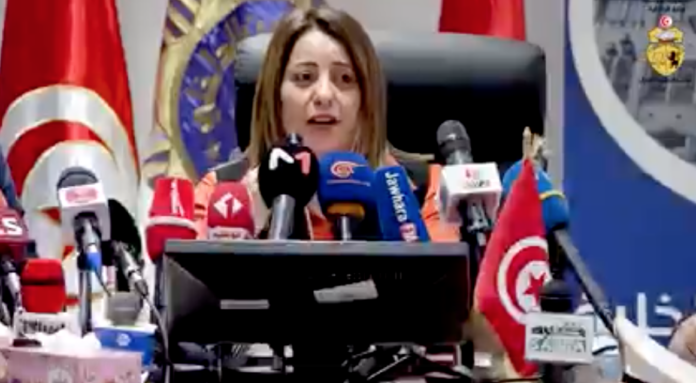 Tunisia’s interior ministry Tuesday indicated that several terror threats were thwarted during the fasting month of Ramadan thanks to the work of security forces.

Spokesperson for the ministry, Fadhila Khelifi, who made the announcement did not elaborate on the types of threats and places where the planned attacks were to occur, Webdo Tunis reports.

Khelifi also indicated that security forces are on the alert. She added that the internal security council that includes the country’s top security brass meets every two months instead of once year.

The meetings review security and stability of the country and the decisions that emerge are made collectively, Khelifi noted.

In March, the country’s National Guard, said its forces exchanged fire with a group of terrorists in Kairouan, Northern Tunisia.

The police said in a statement that gunmen in a car opened fire but were repelled by a “massive” retaliatory barrage, without any casualties reported in the exchange.

The attack came on Tunisia’s Independence Day as the country is plunged in political crisis.

Tunisia has been in a state of emergency since November 2015 after the country suffered its bloodiest attacks in history. Three terror attacks that year claimed by the Islamic state group killed over 70 people, mostly foreign tourists.

North Africa Post's news desk is composed of journalists and editors, who are constantly working to provide new and accurate stories to NAP readers.
NEWER POSTEgypt commends role played by Al-Quds Committee in supporting resistance of Inhabitants of the Holy city
OLDER POSTUS Secretary of State regrets his absence at ministerial meeting of Global Coalition against Daesh in Marrakech