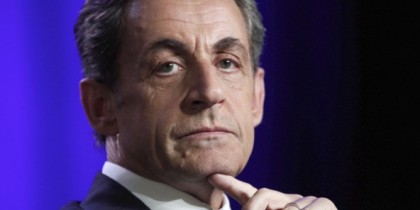 Former French President Nicolas Sarkozy charged Algeria and Libya for being sources of the unfortunate spell of violence rocking Tunisia in reference to the two deadly terrorist attacks that stroke Tunisia this year. He made the comments during his visit to Tunisia earlier this week.

Nicolas Sarkozy, running as candidate of the French main opposition party UMP, told Tunisian authorities that Algeria and Libya should be blamed for the attacks in Tunisia.

“Tunisia is neighbor to Algeria and Libya. This is not new. You do not choose your geographic position,” he said in a press conference.

Sarkozy’s comments will not help thaw tensed diplomatic relations between Algeria and Tunisia.

Tunisia has never appreciated Algeria’s thirst for supremacy in the region. Algeria did not welcome Tunisia’s new status as major non-NATO ally granted to it by the US.

Sarkozy’s comments triggered violent critics in Algeria, especially on social networks. Some critics claimed that Sarkozy will, if he is elected President, attack Algeria as he destroyed Libya.

Sarkozy did not clarify what he thinks of Algeria when he was asked what will come of Algeria if he is elected president.

“Algeria? What will happen in the future? I think it is a topic that should be addressed within the Mediterranean Union. It is an urgent issue!” he said.