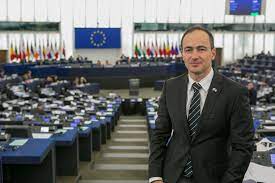 Morocco stands out as a model of democracy in Africa and a key partner of the European Union in the fight against illegal migration, terrorism and extremism, said Member of the European Parliament Andrey Kovatchev.

Commenting lately the European People’s Party (EPP) program “Let’s focus on the MENA Region”, Mr. Kovatchev said he visited the North African Kingdom just after the “democratic elections” of 2021 which led to the victory of the liberal RNI party over the moderate Islamist PJD party, affirming that government alternation unfolded smoothly as in any democratic country.

The EU “cooperates closely with Morocco in various sectors including economy, trade, security, migration and energy”, added the MEP, stressing Morocco is poised to become the “best partner” of the EU in renewable energy, especially in green hydrogen.

During the last five years, Morocco foiled nearly 300,000 illegal migration crossings to the EU, and about 500,000 during the past decade, underlined Mr. Kovatchev, calling on the European bloc to deepen its strategic partnership with Morocco and support the Kingdom which deploys nearly 80,000 coast guards to prevent illegal migration attempts to Europe.

Regarding the fight against radicalization and terrorism, the Member of the European Parliament commended Morocco as a “very important partner for the EU”.