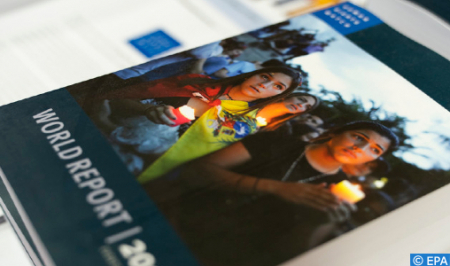 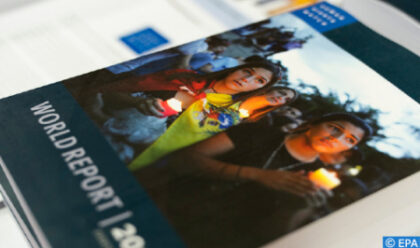 Moroccan authorities have firmly rejected the claims of Human Rights Watch about the Moroccan judicial system as stated in its World Report 2021.

Moroccan authorities “categorically reject” the chapter dedicated to Morocco in the report, as this NGO persists in its inappropriate approach in assessing the human rights situation in Morocco, by disregarding the methodological prerequisites and standards in force in the work of NGO’s, including impartiality and objectivity, Morocco’s ministerial delegate in charge of human rights said in a statement.

For Morocco, Human Rights Watch’s report is just the “latest illustration of the organization’s readiness to embrace ideology over objectivity. Instead of objectively assessing the country’s human rights record, HRW is increasingly interested in confirming its preconceived conclusions about Morocco’s judiciary,” the statement said.

Regarding accusations of the human rights watchdog on violations in the Sahara, the ministerial delegate said HRW ignored the reality on the ground, and the evolution of the situation at the international scene, in particular the recent resolutions of the Security Council, which reaffirm Morocco’s engagement in the UN-led political process to achieve a realistic and pragmatic political solution, based on consensus in full respect for the unity and territorial integrity of the Kingdom.

Morocco also expressed surprise at the “arbitrary” assessment and “unfounded” allegations that HRW attempted to convey regarding the criminal justice system and the state of individual freedoms in Morocco, including freedom of expression and of assembly.

Moroccan authorities have thus rejected HRW allegations that
Morocco usually cracks down on the right of freedom of assembly.

“The period concerned in the report is exceptional, as countries worldwide, including Morocco, were forced to take the precautionary and preventive measures necessary to face the pandemic,” the ministerial delegate in charge of human rights said.

Contrary to the allegations of this organization, the public authorities reaffirmed their commitment to guarantee the exercise of associative action, freedom of assembly, and the creation of associations throughout the national territory without any restriction or discrimination whatsoever, in accordance with the provisions of the Constitution and the law, the statement added.

In its report, HRW mentioned the case of Omar Radi, a Moroccan journalist who has been imprisoned for alleged rape and for “receiving funds from suspicious sources.”
In this connection, the public authorities expressed their categorical rejection of the alleged restrictions on freedom of expression claimed by the organization, arguing that the persons subject to these allegations have been prosecuted for acts within the framework of common law and that most of the cases are still before the courts, which makes any conclusions or interpretations made by any party in this regard an interference in the affairs of an independent judicial authority.

It would have been rather judicious for the NGO, which strives to present unreal facts and a distorted image of the reality and achievements of human rights throughout the Kingdom, to denounce the flagrant violations of human rights against those held against their will in the Tindouf camps, who endure daily humiliation, deprivation of fundamental rights and violation of freedoms, the Ministerial Delegation for Human Rights said, insisting that politicization of human rights is an unnecessary option that goes against the nature of the missions of NGOs, which are supposed to contribute in a constructive manner to the efforts of States to promote and protect human rights.

North Africa Post's news desk is composed of journalists and editors, who are constantly working to provide new and accurate stories to NAP readers.
NEWER POSTMorocco ready to roll out vaccine as soon as it receives doses
OLDER POSTMorocco’s CNESTEN, Hungarian Center poised to upgrade cooperation in nuclear energy