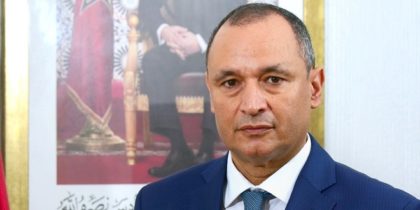 Morocco on Monday called for a new win-win partnership between the European Union (EU) and the African continent, as France holds the rotating presidency of the Council of the EU.

“It is necessary to define together a common commercial and industrial pact, based on the strengths of Europe as a renewed and innovative industrial power and Africa which offers relays of carbon-free competitiveness in terms of production, innovation and services,” said Minister of Industry and Trade, Ryad Mezzour.

The Moroccan official made the address, via videoconference, before an international conference on the theme “European Union-Africa trade relations: towards new partnerships “, held Monday in hybrid format in Paris, marking the start of the French presidency of the Council of the EU for six months.

The gathering also tackles the potential and perspectives of trade and investment relations between the EU and African countries, through the prism of existing trade agreements in North Africa on the one hand, and in sub-Saharan Africa on the other hand.

In his address, the Moroccan official stressed the paramount necessity to improve the competitiveness of African companies and jobs creation on both sides of the Mediterranean, and to build a new win-win partnership, pleading for a more ambitious North-South-South cooperation.

This North-South-South cooperation, underlined Mr. Mezzour, must also be part of a joint and complementary approach that includes the maintenance and development of European industries established in Africa, a relocation of Asian value chains in the Euro-Mediterranean-Africa space capitalizing on geographical proximity, reduced logistics costs, a gain in competitiveness, as well as a reduction of the environmental footprint.

Mezzour also underlined that “the countries of the two shores of the Mediterranean can count on the support and the mobilization of Morocco for the deepening and the modernization of our agreements and our ambition as regards trade and investment, allowing our two shores to meet together the numerous challenges we face.”

The official also surveyed the large-scale structuring projects carried out in Morocco, including ports, airports, industrial reception areas of technologies, renewable energies as well as an industry that is today renowned worldwide for its competitiveness and the know-how of its human capital.

This evolution increased Morocco’s attractiveness towards its traditional partners and attracted new ones, said the Minister, noting that the health crisis has revealed the resilience and ingenuity of the local industry and of its great potential. This is why the economic recovery has been faster there than elsewhere, thanks to the mobilization and commitment of its industrial operators, he said.