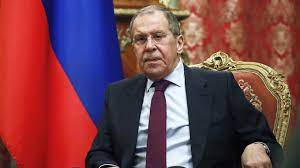 Russian Foreign Minister Sergey Lavrov will start on Dec.12 a regional trip that will take him to North Africa and the Middle East region, reported on Tuesday several Russian news outlets.

“In a few days, Sergey Lavrov will travel to the Middle East and North Africa. On Sunday, he will depart for Israel, Palestine, Algeria and Morocco,” Deputy Foreign minister Mikhail Bogdanov told TASS news agency.

Besides his talks and meetings scheduled in Morocco, Mr. Lavrov will take part in the Russian-Arab Cooperation Forum due in Marrakesh Dec.15.

This Forum was initially planned for Oct.28 but was postponed to Mid-December due to very tight agenda of the Russian FM. However, Algerian regime propaganda tried to twist the facts, saying that a brewing crisis between Rabat and Moscow is behind the postponement of the forum.

Both Moscow and Rabat have denied the allegations and false reports circulated by the Algerian state media in a bid to undermine Moroccan-Russian relations.