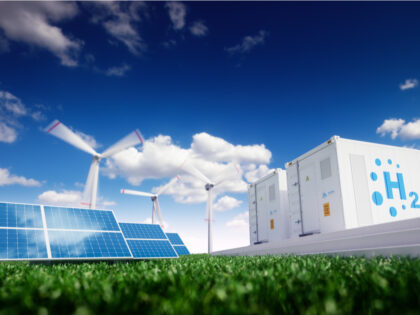 Morocco presses ahead with its clear energy diversification plan with an ambitious hydrogen project that aims to produce locally 4% of global supply.

In a note published by the government, hydrogen will be used in Morocco’s plan to increase the share of renewable energy in overall energy consumption.

Morocco has set the target of producing 52% of its electricity from renewable sources, mainly solar and wind energy, and has invested massively in these renewable energies.

Morocco raised its target to reduce greenhouse gas emission to 45% by 2030 as part of its Nationally Determined Contributions (NDC) in implementation of the Paris Agreement.

The goal will be reached through carrying out 61 mitigation projects in the fields of energy, industry, housing, transport, waste, agriculture and forests, the energy ministry said.

The total cost of these projects amounts to 38.8 billion dollars, the ministry said.

The industrial fabric is also gearing towards low-carbon production especially in the vital automotive and aeronautics sectors.