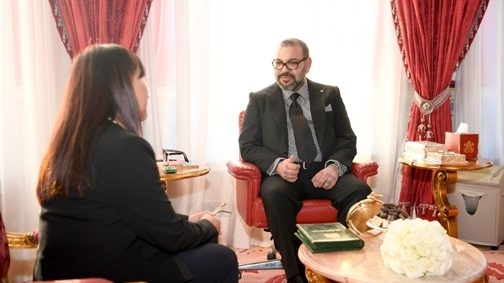 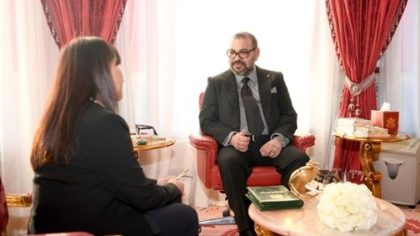 King Mohammed VI has appointed Thursday (Dec.6) human rights activist and diplomat Amina Bouayach as head of the National Council for Human Rights (CNDH) and Ahmed Chaouki Benayaoub as the head of the interministerial delegation for human rights.

Amina Bouayach replaces Driss El Yazami, who headed the CNDH since 2011, and Ahmed Chaouki Benayaoub takes over Mahjoub El Hiba as president of the interministerial delegation for human rights, created in April 2011.

During the appointment ceremony, the king urged the new president of the CNDH to carry on the efforts to strengthen and enhance the achievements scored by Morocco in the area of human rights, said the Royal Office in a statement.

These achievements have gained Morocco the consideration of specialized international and regional institutions and bodies, a fact that magnifies the responsibility of this Council in view of the broad powers it enjoys, the statement said.

While appointing Ahmed Chaouki Benayaoub, the Sovereign emphasized the role of this institution in monitoring government policy, particularly in the field of the protection and promotion of human rights.

The Sovereign also insisted on the institution’s role in ensuring coordination with the ministerial departments and institutions concerned, in addition to monitoring the implementation of relevant international conventions and supervising the elaboration of national reports that are submitted to relevant UN mechanisms.

The King urged the new Interministerial Delegate to carry on efforts to preserve the achievements made, to integrate the culture of human rights in national public policies and to strengthen cooperation with relevant stakeholders and organizations, be they governmental or non-governmental.

Amina Bouayach, 61, is a recognized human rights activist. She became, in 2006, the first woman elected as president of a major NGO in Morocco, the OMDH.

As president of the Moroccan organization for human rights, Amina Bouayach worked on major issues such as torture, refugee rights, women’s rights and the abolition of the death penalty.

She was elected vice-president then secretary general of the International Federation for Human Rights in 2010 and 2013 respectively.

She was awarded the Order of the Throne by King Mohammed VI for her contribution to the 2011 Moroccan Constitution, and in 2015, she was awarded the French Legion of Honor for her integrity and constant involvement for Human Rights.

She was appointed ambassador to Sweden in 2016.

She has worked closely with the United Nations, the African Union and the Euro-Mediterranean Forum on defender’s rights, and freedom of association.

Ahmed Chaouki Benayoubn 61, is a lawyer with the Bar of Rabat. He was member of the Equity and Reconciliation Commission (IER) and member of the Advisory Council on Human Rights (2002-2006), where he chaired the working group on the protection of human rights and later on the group in charge of legislation and public policies studies.

Chaouki Benayoub was also vice-president of the Moroccan Organization for Human Rights (OMDH) and advisor to the National Observatory for the Rights of the Child.

Expert and mentor in mechanisms for the protection and promotion of human rights, he works as a counsellor to several human rights regional and international organizations.

North Africa Post's news desk is composed of journalists and editors, who are constantly working to provide new and accurate stories to NAP readers.
NEWER POSTCounterterrorism: Morocco Dismantles another Jihadist Cell
OLDER POSTSahara: A second Round Table in First Quarter of 2019 (UN)