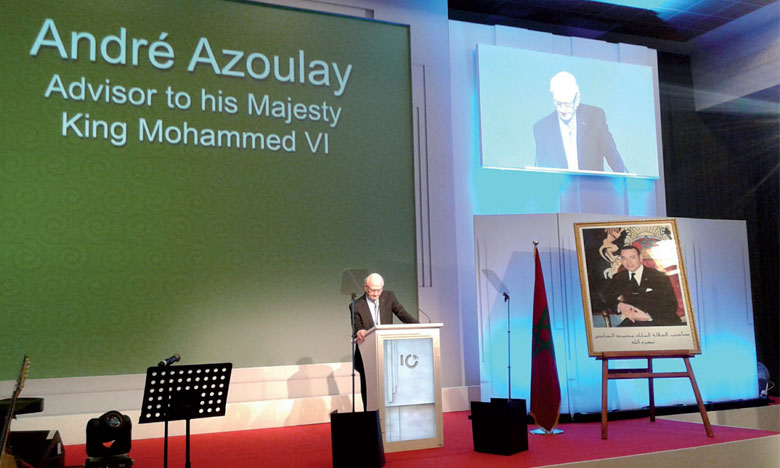 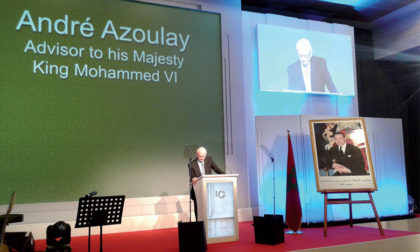 King Mohammed VI stressed the need for a south-south cooperation approach in Africa to mainstream good governance at the institutional, economic and societal level as a bulwark against “afro-pessimism”.

The call was made in a speech read out on the Monarch’s behalf by Royal Advisor André Azoulay at the Governance Weekend held in Marrakech by the Mo Ibrahim Foundation.
“The continent’s tremendous resources are still largely untapped and not properly harnessed. Seen from that perspective, the mainstreaming of good governance in the functioning of our institutions, in our economies and in our societies is, by and large, not yet fully achieved,” said the King.

The Monarch argued against afro-pessimism saying that “strong, genuine will is guiding new African elites: in political, economic and civil society areas; those elites have grown ever more attentive to the legitimate expectations of the population.”

He highlighted that actions have already been taken taking the form of new rules of conduct led not only by governments, but also by local authorities and civil society representatives.

The King stressed the irrelevance of national approaches to resolving governance issues on the continent stressing the need for coherence and synergies.

“There are typical means and instruments of solidarity in Africa as well pastime-honored practices which it would be unfair to discard. They simply need to be modernized and adapted,” said the King pointing out to the need of adjusting governance models to the African context to make sure they are operational and are readily accepted and endorsed by the public.

In this perspective, the King gave highlights of key governance achievements in Morocco such as the advanced regionalization plan, the creation of a sovereign wealth fund and innovative financing schemes for flagship projects.

Highlighting the virtues of South-South cooperation, King Mohammed VI made it clear that “any temptation to play a leadership role in Africa is doomed to failure. Any such drive must be abandoned once and for all because what matters is the promotion of shared interests, collective endeavors and win-win partnerships.”

“We must share our experiences and our know-how, and we must make the most of our complementarities…This has been the very essence of the Kingdom’s action as far as cooperation with its many African partners is concerned,” said the King.

“A well-organized, united Africa that builds on efficient governance mechanisms is likely to offer the political, economic and social benefits African citizens legitimately yearn for,” concluded the King.
The Governance Weekend Forum brought together more than 500 guests, including political leaders, African business tycoons, African renowned singers and many other key figures.
The Governance Weekend is a flagship initiative of the Mo Ibrahim Foundation. The Foundation was set up in 2006 by British-Sudanese billionaire Mo Ibrahim with a focus on the critical importance of leadership and governance in Africa.
Mo Ibrahim was decorated by King Mohammed VI during the celebration of Morocco’s National Day in 2014.

North Africa Post's news desk is composed of journalists and editors, who are constantly working to provide new and accurate stories to NAP readers.
NEWER POSTWill Horst Köhler Be the Next UN Envoy to the Sahara?
OLDER POSTFitch Maintains BBB Rate for Morocco with Stable Outlook