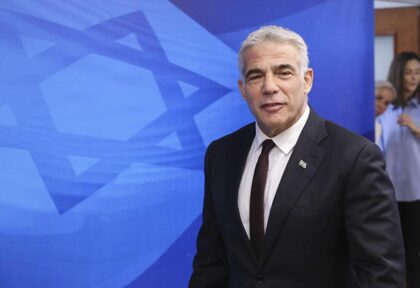 Israeli Foreign Minister Yair Lapid is expected this Wednesday in Morocco for a two-day visit during which he will meet his Moroccan peer and sign cooperation agreement.

Lapid will also inaugurate the new Israeli liaison office in Rabat after the two countries agreed to resume their diplomatic ties last December.

The visit, the first by an Israeli FM since 2003, also includes talks with tourism minister as the two countries prepare for a spike in travelers from Israel, home to near 1 million people of Moroccan Jewish descent.

Lapid will also meet officials from the health ministry to explore prospects for cooperation in the field of fighting Covid-19.

In another development, Globes, a leading Israeli financial newspaper, reported that Israeli Minister of Economy Orna Barbivai will shortly pay an official visit to Morocco and that she will be accompanied by a large delegation of officials, business operators, and industrialists.

The objective of this visit is to strengthen Israeli economic partnerships with Morocco and to encourage investments in the most promising areas, the publication said.