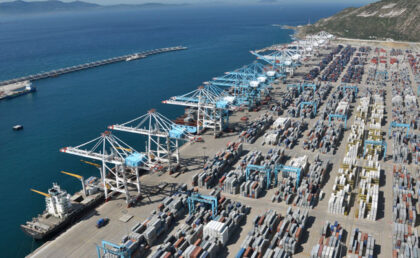 Spain and France accounted for 58% of overall trade with the EU as Morocco has been steadily diversifying trade partners over the last few years, the agency said in its 2019 annual report.

Morocco has narrowed its trade deficit with the EU by $800 million in 2019 as the country reinforces its position as an export hub for high added value industries such as aeronautical and car manufacturing.

Trade with Asia totaled $13.2 bln or 17% of total trade. The agency said Morocco narrowed its trade deficit with Asia by $1 bln.

With the Americas, trade stood at $800 mln with a deepening trade deficit by $350 mln.

Countries with whom Morocco has a free trade agreement accounted for 30.9% of total Moroccan exports and took 72.4% of its overall trade.