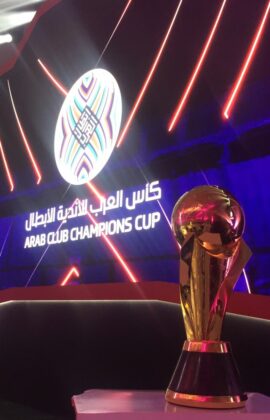 The Union of Arab Football Associations, UAFA, is considering plans to postpone for the second time the final of Arab Champions Cup, dubbed the Mohammed VI Cup, over the continuing propagation of contaminations in Morocco, chosen as the host of tie to oppose Casablanca Greens Raja and Jeddah’s Ittihad on August 21, reports say.

The UAFA is set to meet in the coming days to make a decision over the possibility which is the dominant proposal within the body.

Morocco, venue of the final has witnessed recently an increase in number of cases due to the Delta variant.

The kingdom, according to Mouad Mrabet, coordinator of the National Public Health Emergency Operations Center at the Ministry of Health, is grappling daily with over 4,000 new cases amid a new wave of contaminations.

The “likely” postponement will be the second. The pandemic has repeatedly disrupted the tournament which started in 2019.