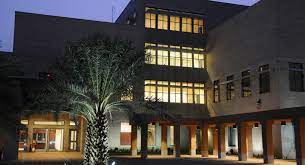 The USA has re-established ties with Sudan as the African country makes democratic gains.

US relations with Sudan have returned to normal, Amber Baskett, the Chargé d’Affaires at the American embassy in Khartoum said, Arab News reports.

The re-establishment of ties comes as result of the achievements of the interim transitional government, Baskett said.

Sudan is led by an interim government, following the ouster in 2019 of former longtime ruler, Omar Beshir, who led the country for 30 years.

Sudanese Foreign Minister Maryam Al-Sadiq welcomed the American move and argued that the US decision would support Sudan’s democratic transition efforts and address its challenges.

The USA in December last year delisted Sudan from sponsors of terror blacklist, 27 years after Washington first put the country on its blacklist for harboring Islamist militants.

The move came less than two months after the Arab and African country pledged to thaw ties with Israel.