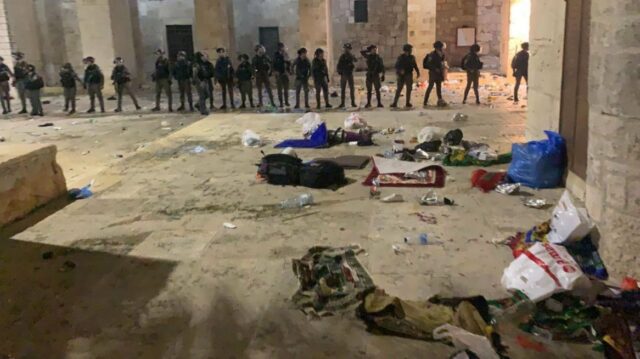 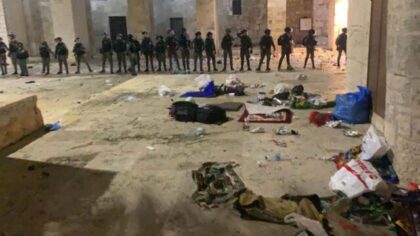 Morocco has been following with deep concern the violent incidents in Jerusalem and Al Aqsa Mosque that are likely to fuel tensions, the Foreign Ministry said in a statement released Sunday.

Morocco, whose Sovereign, King Mohammed VI, chairs the Al Quds Committee, considers these violations as an inadmissible act and likely to stir up tensions,” the ministry said in the statement.

The Kingdom which considers that unilateral measures can hardly be the solution, calls for dialogue and respect for Palestinians’ rights, it added

Morocco also reasserts “the need to preserve the special status of the city of Al Quds,” in addition to protecting the “Islamic character of the holy city and the sanctity of the Al Aqsa Mosque.”

Tensions in Jerusalem have soared in recent days as clashes have erupted between Palestinians and Israeli police outside the Old City of Jerusalem. Some media described the situation as the city’s worst unrest in years.

Since Friday, when thousands of people had gathered for night-time prayers at the holy city’s al-Aqsa mosque, the third-holiest site in Islam, nearly 280 people were wounded in fighting around the mosque, prompting international calls for calm.