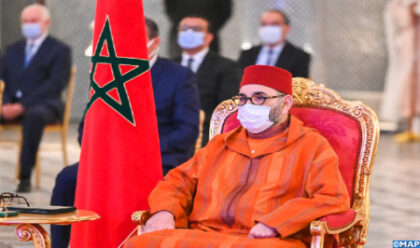 The generalization of welfare system will benefit farmers, craftsmen and self-employed people. This will help improve their living conditions and purchasing power.

In Washington, economic policy expert Uri Dadush, Senior Fellow at the Policy Center for the New South, said the landmark project launched this week by the Moroccan Monarch to generalize social protection, comes at the “right time” to extend the social welfare to all Moroccans to strengthen their resilience to crises such as the coronavirus pandemic

In Geneva, NGO “Promotion of Economic & Social Development” said it is “a historic step forward”, strengthening the human development strategy adopted by Morocco.

Thanks to this project which seeks to ensure inclusion and social cohesion, the North African Kingdom shows that it is building a modern and inclusive social model, the NGO said.

For its part, the Brussels-based NGO C3M has praised the initiative, saying it reflects the importance the Sovereign grants to the vulnerable people, their social protection and medical coverage.

Chairman of the Moroccan-Afro-Brazilian Chamber of Commerce, Farid Mechqi, hailed the royal initiative which will spur a new impetus to social and economic development in the country, saying the Monarch is “leading a real social revolution”.

Since his accession to the Throne, King Mohammed VI has placed social action and socioeconomic development at the top of his priorities, he added, citing in this regard the important funds earmarked by the state to bridge the social gap and support low-income households.

In New Delhi, university professor Suresh Kumar said the project of generalization of social protection launched by the Monarch is part of a large-scale reform that places the citizen at the center of the country’s priorities.

Commenting the project, President of the Pan African Business Forum Ladislas Prosper Agbesi said the Moroccan King has always been at the forefront of social projects that benefit citizens.

The generalization of social welfare in Morocco reflects a strong royal willingness to carry out social projects that put citizens at the center of his priorities, he stressed, noting that African countries can benefit from the Moroccan experience in this field.
The social welfare project launched in Morocco also made the headlines in Chile. News website ‘Elperiodista’ said the projects are part of a large-scale reform program that will benefit farmers, craftsmen, tradesmen, self-employed people…

For Spanish jurist Miguel Angel Puyol, the generalization of social protection in Morocco is a very important undertaking which reflects the royal farsighted leadership and stewardship.

“Social protection of the Moroccan people has always been at the center of the priorities of the Sovereign”, he said, noting that this project will foster further social solidarity and cohesion in the country.

For “Financial Afrik” magazine, Morocco’s social protection generalization project is a “pioneering initiative in Africa and the Arab world”.

The broad lines of this ambitious social project, described as a genuine social revolution, were unveiled in a ceremony chaired by King Mohammed VI Wednesday, with a goal of allowing 22 million additional people to have access to mandatory health insurance by 2022.

This program will require funding worth $5.7 billion by 2025, of which 23 billion dirhams will be funded from the government’s budget.