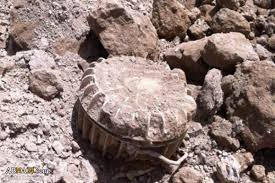 A Tunisian man died Thursday in a landmine blast southwest of Mghila mountain in the restive province of Kasserine, two months after a similar tragedy in the same region.

The man, reportedly a shepherd, succumbed to wounds sustained during the mine blast, outside the military zone.

The corpse has been sent to the region hospital for autopsy.

Four soldiers died in February after their military patrol combing the area for terrorists was hit by landmine on Mghila mountain.

A teenage girl, aged 13, was also wounded in a separate landmine blast incident, in a sealed military zone on Samema mountain, in the same region.

The mountains in Kasserine, western Tunisia, are used as a safe-haven by militants. Tunisian security forces have lost several personnel in ambushes and attacks laid by militants in the province.