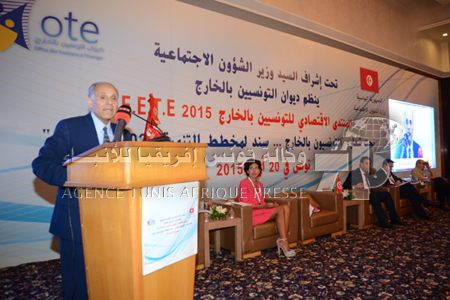 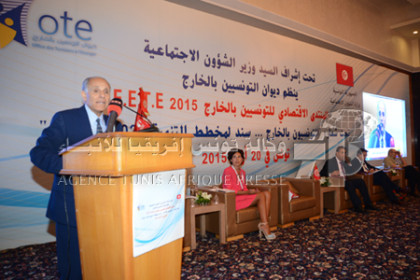 The first Economic Forum of Tunisian Expatriates organized by the Office of Tunisians Abroad (OTE) opened in Tunis on Thursday with the hope of promoting networking among Tunisians living abroad and encouraging investment in the country.

Speaking at the opening ceremony, the Secretary of State in charge of Immigration and Social Integration Belgacem Sabri said the government wants to optimize the expatriates’ remittances part of its five-year development plan (2016-2020) while the Minister of Communication Technology and Digital Economy Noomen Fehri hinted that new technologies are one of the key promising areas for investments.

The remittances of the over one million Tunisian expatriates account for almost 5% of the country’s Gross Domestic Product. The government is hoping to increase it to 7% by the end of its five year plan.

The forum held on the theme ‘Tunisian Expatriates Support Development Plan 2016-2020’ hopes that the expatriates will bring back home their experience and know-how and invest in projects that will contribute to the country’s economic development.

Several economic bills are expected to be adopted by the House of the People’s Representatives in October amongst which is the investment code. Tunisia could also be liberalizing its currency in 2017 and that is expected to further attract foreign investors.

Minister Fehri said the expatriates could provide around 50,000 jobs within the next five years if they invest in new technologies sectors that are likely to create overall almost 80,000 jobs.