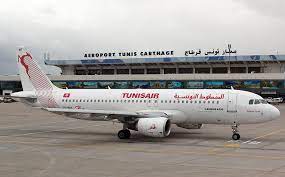 Morocco will suspend from April 15 all flights to and from Tunisia over increase in Covid-19 contaminations in this country.

The suspension will remain in force until further notice, Moroccan authorities said.

Tunisia thus becomes the 40th country with which Morocco has suspended all travel by plane, as new variants of Covid-19 emerge.

Tunisia Tuesday registered 1,664 new cases bringing overall infections since the report of the first in February 2020 to 274,604. The death stood on Tuesday at 9,396.

Tunisian Health minister Faouzi Mehdi, Webdo Tunis reports, has sounded the alarm over the increase in contaminations and indicated that 90 per cent of emergency hospital beds were occupied.

The decision by Moroccan authorities is a blow to Tunisia which is set to re-open its airports from April 19 for tourists for this tourism season.

Tunisia’s tourism industry, the second biggest Gross Domestic Product (GDP) contributor, has been hard hit by the pandemic. Tourism returns dropped by 64 percent to 1.9 billion dinars ($691 million) from early 2020 until December 10, compared to the same period in 2019, Asharq al-Awsat reported.