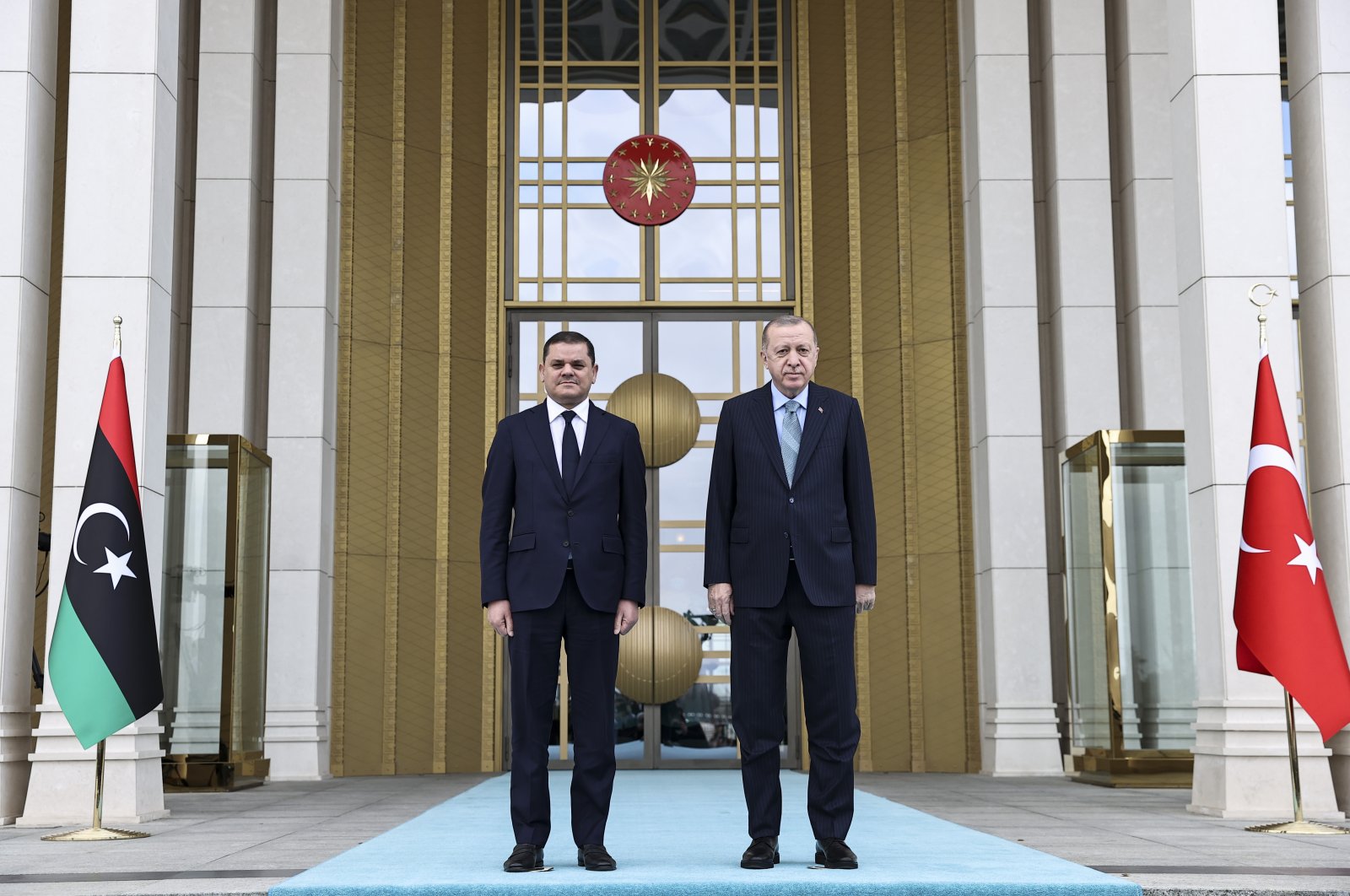 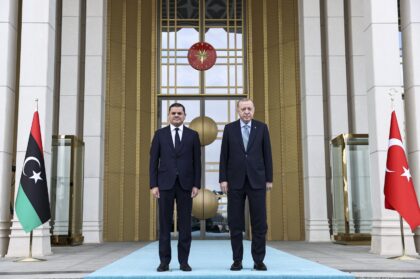 “In Libya, we must now focus on reconstruction, on development and on the well-being of our Libyan brothers,” President Erdogan said Monday during a joint press conference with the Prime Minister of the new Libyan government Abdel Hamid Dbeibah who is visiting Tyrkey at the head of a large ministerial delegation.

“Turkey, with its strong institutional structure and powerful private sector, will support all aspects of the reconstruction of Libya’s infrastructure and superstructure. We have agreed on the actions to be implemented to accelerate the return of the Turkish private sector to Libya,” Erdogan said.

He also underlined Turkey’s commitment to respect “the integrity and sovereignty” of Libyan territory.

Despite accusations by the international community that Ankara has also deployed mercenaries on Libyan soil and repeated calls for their withdrawal, Ankara has never officially recognized the presence of Turkish mercenaries in Libya.

Besides economic cooperation, the Turkish president also dealt with other aspects of bilateral cooperation, including military cooperation to “stop the massacres” and avoid the fall of Tripoli; health cooperation with the donation of 150,000 doses of vaccines against Covid-19, and cooperation in the field of hydrocarbons.

Erdogan made other important announcements, mainly the upcoming reopening of the Turkish consulate in Benghazi in the east of the country while this area is still under the control of Marshal Haftar and the sustaining of the controversial agreement on the exploitation of maritime resources, negotiated in 2019 with Abdel Hamid Dbeibah’s predecessor, Fayez el-Sarraj.

“The maritime accord signed between Turkey and Libya secures national interests and future of both countries…We confirmed our determination on this issue today,” Erdogan said.

This maritime delimitation agreement allows Ankara to assert rights over large areas of the eastern Mediterranean.

The Libyan Prime Minister on his part stressed the importance of Turkey’s role in ensuring a lasting ceasefire in Libya and assured that Turkish companies would play an important role in the reconstruction of the country.

The two leaders are due to attend the first meeting of the High-Level Strategic Cooperation Council this Tuesday.

The 14 ministers accompanying Dbeibah held separate meetings with their Turkish counterparts to discuss issues related to their respective departments.