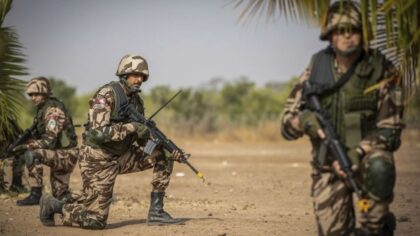 Moroccan Special Forces have participated in the military exercise “ImpregnableGuard 2021” held in Qatar within the frame of the preparations of the Gulf country to counter any security threat during the upcoming soccer world cup 2022.

Besides the host country and Morocco, forces from the United States, Italy, Turkey, Pakistan, Jordan, and Rwanda took part in the military drill which aims at enhancing interoperability between participating armies in air-sea special operations and counter-terrorism.

Morocco’s Royal Navy & Air Forces and the US navy carried out lately a joint maritime exercise, “Lightning Handshake” aimed at enhancing their interoperability.

These drills enable the Moroccan army and navy to exchange experiences and advance regional and international peace as the Kingdom has become a global player in the fight against terrorism, jihadists and drug traffickers.