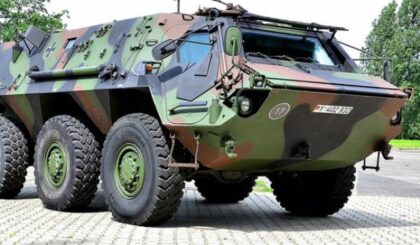 Algeria, which is known as a traditional customer of Russian and Chinese arms, has become the major buyer of German weapons during the past four years, according to new data released by the Stockholm-based International Peace Research Institute (SIPRI).

In its report on global arms transfers between 2016-20, the Swedish Think-tank ranks Algeria as 6th global arms importer which has spent over $35 billion since 2015, while the country’s people are reeling under a growing socioeconomic crisis and relentless crackdown against pro-democracy protesters.

Though international transfers of major arms stayed at the same level between 2011–15 and 2016–20, Algeria increased its arms imports by 64 pc, mainly from Germany which has become first supplier of weapons to this country, followed by China and Russia.

According to some analysts, the shift may explain the hostile stand shown lately by Berlin regarding Morocco’s territorial integrity and sovereignty over its Saharan territory because Algeria has become one of the top markets for German arms exports.

Although Morocco is the world’s 28th importer of arms, lagging far behind Algeria, listed the 6th global importer of armament, the Algerian public media has tried to depict Morocco as a major buyer of U.S. weapons in a bid to justify the excessive spending by the Algerian military junta.

While most Algerians are suffering from unemployment and soaring prices of several commodities, including flour, sugar, cooking oil, vegetable, milk, fish, meat, poultry…, the top Generals, de facto rulers in this country, spend annually over $10 billion on weaponry.

The mismanagement of these billions of dollars and the embezzlement of the country’s wealth are fueling the Hirak movement which is gaining momentum despite the government’s repression and tightening restrictions.

The pro-democracy protesters, which ousted Algerian president Abdelaziz Bouteflika two years ago, left the streets last year because of the coronavirus pandemic. But the protest movement did not fade away. It remained simmering. Now it is back stronger than before. It will not disappear until the corrupt and despotic military regime is gone for good, the protesters pledge.