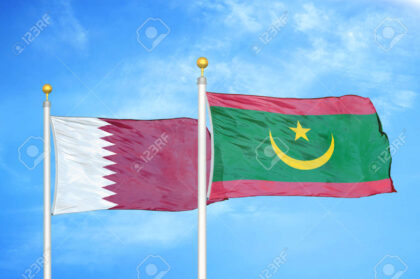 Mauritania and Qatar Sunday contemplated ways to resume diplomatic ties nearly four years after the African country cut off relations in support of Saudi Arabia, UAE, Bahrain and Egypt that had severed ties with the Gulf country.

The two top diplomats discussed bilateral ties and the resumption of diplomatic relations between Qatar and Mauritania.

The meeting is the first high level meeting between the two countries since 2017. Nouakchott severed ties with Doha after Saudi Arabia, UAE, Bahrain and Egypt cut off relations and imposed a sea/air/ground blockade on Qatar over accusation that Doha supported terrorism.

The opposed sides normalized ties in January as they signed a reconciliation deal during the Gulf Cooperation Council summit in Saudi Arabia.