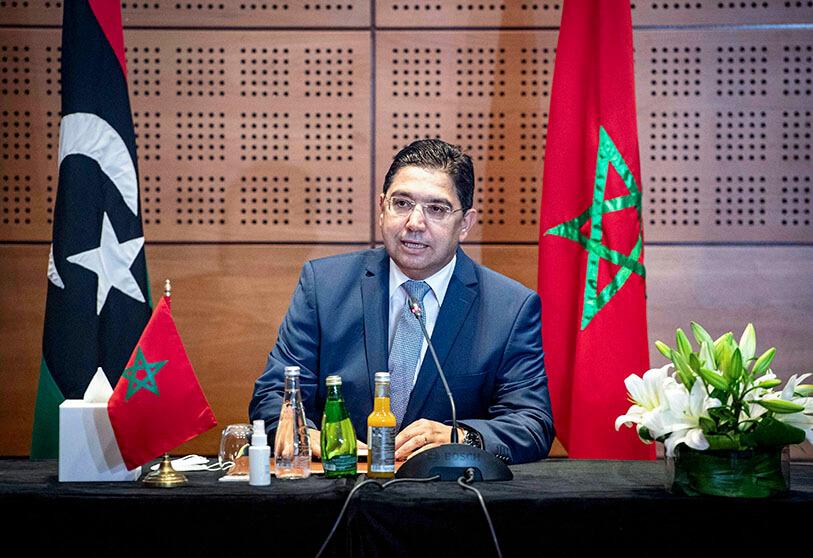 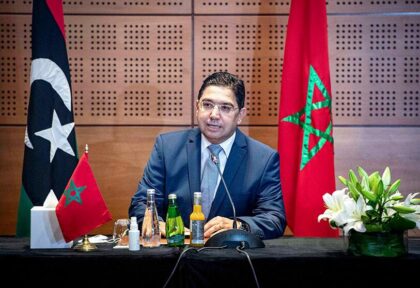 Moroccan Foreign Minister Nasser Bourita and UN Secretary-General’s Special Envoy for Libya Jan Kubis have welcomed the new dynamic in the Libyan issue, in particular the appointment of a new Libyan temporary executive authority, which was endorsed by the Libyan parliament and sworn-in on Monday.

During a phone talk they held on Monday, the two men underlined the need for the international community, and in particular the United Nations, to support Libya at this new crucial stage, in order to put an end to a conflict that has lasted for a long time. They noted that peace in Libya will have a positive impact on the security situation in the Sahel region and beyond.

Bourita reaffirmed, in this regard, Morocco’s support for the mandates of Mr. Kubis and for the United Nations Support Mission in Libya (UNSMIL) he heads, assuring his interlocutor of the Kingdom’s support to their efforts to stabilize Libya.

Jan Kubis on his part commended the efforts made by Morocco in favor of a stable and peaceful Libya, mentioning in particular the Libyan Dialogue held in Bouznika and Tangier which enabled the Libyan sides to reach agreement on the mechanisms of the designation of sovereignty posts in Libya.

The UN official expressed his willingness to consolidate dialogue and consultation with Morocco on this issue.

The two officials also reiterated the rejection of any foreign interference in the inter-Libyan political process, led by the Libyans themselves, within the framework of respect for the national sovereignty and unity of Libya.

Bourita and Kubis agreed to hold regular contacts on the Libyan issue, within the framework of an approach based on inclusion, consultation and dialogue, for the good of Libya.

The United Nations has repeatedly highlighted the important work carried out by Morocco in promoting the peace process in Libya and Jan Kubis has had various contacts with Bourita since his appointment at the head of UNSMIL.

According to a statement from the UNSMIL, Nasser Bourita was one of the first foreign diplomats to receive a phone call from Kubis to discuss the situation in the North African country, an evidence as to the fundamental role played by Morocco in helping the Libyans reach a solution to their internal conflict.

Shortly before the first contacts between Kubis and Bourita, Bourita had also received a phone call from the newly elected Libyan Prime Minister, Abdul Hamid Dbeibah, who welcomed Morocco’s support for national reconciliation in Libya.

Morocco hosted three dialogue sessions between the different Libyan parties in Bouznika, near Rabat, between September and November 2020. Tangier, in the north of the Moroccan territory, also hosted a consultative meeting just after the Libyans agreed on the date for elections (24 Dec. 2021).