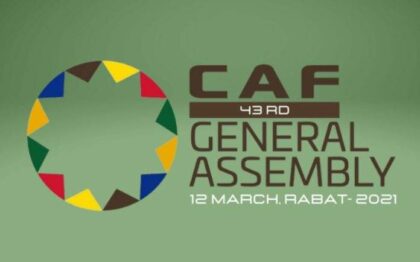 Morocco has won a diplomatic battle against Algeria at the Confederation of African Football and shattered its dream to see the so-called “SADR” admitted to the African football governing body, writes Jeune Afrique Monday.

The CAF 43rd General Assembly convened in Rabat on March 12 actually approved an amendment to the confederation’s statutes stipulating that only the representatives of independent countries and members of the UN may be admitted to CAF. The amendment thus blocks the way to any attempt by the pseudo-SADR, which is not recognized by the UN, to see its soccer federation, if such a federation is ever set up, become member of the CAF.

The Paris-based Jeune Afrique magazine described the passing of the amendment a diplomatic victory for Morocco, in a column by political analyst Hicham Rahil.

The Ordinary General Assembly of the Confederation of African Football (CAF) approved a historic amendment for which Fouzi Lakjaâ (head of the Moroccan Royal Football Federation) fought for many months, notes the political analyst.

This amendment decrees that “the Confederation of African Football is open to all candidatures of African national associations as official representatives managing soccer in a country recognized as an independent state and member of the UN”.

CAF, to which the continent’s 54 soccer federations are affiliated and which organizes all competitions on African soil, including the African Cup of Nations (CAN), the African Nations Championship (CHAN) and the Champions League, “will no longer admit a new member to its family if it is not recognized as an independent state by the United Nations,” according to the amendment.

In other words, comments the author of the article, the Algerian dream to admit one day a soccer federation of the ghostly “SADR” in the CAF “has evaporated.

This “crucial” amendment voted at the 43rd Ordinary General Assembly of the CAF, and “which the Moroccans can only be proud of”, comes “three months after the US recognition of the sovereignty of the Kingdom over the Sahara”, writes the political analyst.