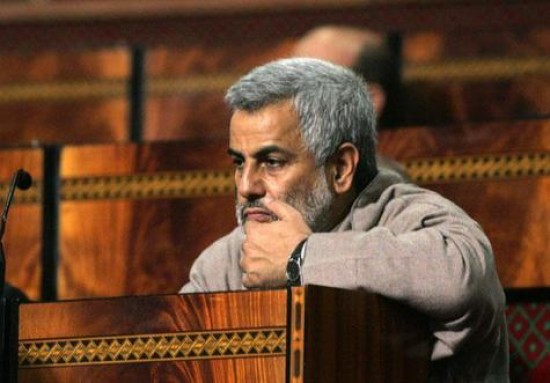 Street Talk: Moroccan pros and cons about the ruling government

The Party of justice and development (PJD) is the first Islamic party to lead the government in Morocco’s modern history. This was the results of the early elections held in Morocco on November 25, 2011. The Islamist party won 107 out of 395 seats.

Between pros and cons, the Moroccan society has different views about the ruling PJD party. Some believe in the government ability to resolve socio-economic problems, while others think they lack the political power to materialize their slogans.
Baaziz Termina, a PhD candidate, thinks that government was actually planning to make radical changes, but these plans were contrary to the prerogatives and interests of the ruling class. “Small changes in our complex society may impact on the ruling class which would never accept a change that might disturb the established order. It swerves the policies of change embraced by the party to smack the poor instead of smacking the ruling class”. said Termina.
The stand of university student Faissal Amari leaves no room for ambiguity. “I don’t trust the PJD government,” he said. “I think it is the last ‘joker’ in the regime’s hands to restrain the anger of members of the 20 February Movement, which become a main actor in the political scene,” said Faissal .
Polls show that Moroccans expect a lot from the current government. Many believe that the cabinet should be given more time to act, since it faces a heavy legacy of socio-economic problems, including unemployment, corruption and social injustice.
Hespress.com, one of the most visited news web sites in Morocco, held a poll last month on the performance of PM Abdelilah Benkirane. 38.78 percent said they trust him, 37.4 percent said they don’t and the remaining respondents said they have no clear point of view.
In front of the Parliament in Rabat, many unemployed graduate students regularly stage demonstrations to protest against the government’s employment policies and to demand more job opportunities.

“I am 32 year old; I have a Master degree in Physics. I graduated in 2003 and I’m still idle. I sincerely hope the PJD will bring some kind of change,” said Illias.

His friend Saad Taibi, who is also participating in the demonstration, has a pragmatic point of view: “I don’t care who rules us, what I care about is to have someone to meet my demands, to get me a job.”
Moroccans have many questions about the government and the way they deal with social demands such as education, health, economy, political reforms… Some people are optimistic, but others are anxious.
“Concerning Education, first, I think the Minister needs to be more professional and not to use bad language when talking about teachers. Secondly, we need a clear strategy to develop our educational system along with materials, tools in our high schools and genuine training as well ” said Hicham Mahda a high school teacher.
On her part, Manal Alaoui, 28, an active member of the PJD Youth, believes that the  government needs to resolve Moroccans’ main problems despite the fact that they inherited a serious crisis from the previous government. “We should be optimistic about our future; we have to support each other to reach our goals” Said Manal.
Undoubtedly, the government faces a torrent of criticism, but many observers believe that the current hassle is a positive phenomenon for the political scene in Morocco and will establish the principles of democracy.

North Africa Post's news desk is composed of journalists and editors, who are constantly working to provide new and accurate stories to NAP readers.
NEWER POSTSalafis and the paradox of Political Stability in Morocco and Tunisia
OLDER POSTIOM Needs Funds for Sub-Saharans