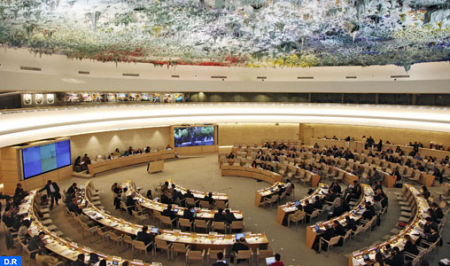 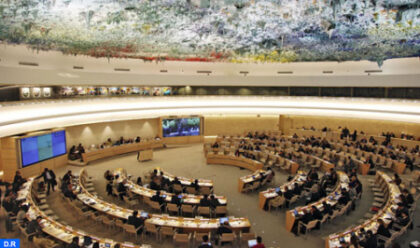 Algeria’s direct responsibility in the recruitment of child soldiers by the Polisario was denounced in Geneva Tuesday by International relations expert Matteo Dominici, who deplored that children in the Tindouf camps are used as “cannon fodder”.

The international expert made his remarks on behalf of Swiss NGO “Promotion of Economic and Social Development,” at the interactive dialogue with the UN Special Representative of the Secretary-General on Violence Against Children and Armed Conflicts during the ongoing 46th Session of the Human Rights Council.

Matteo Dominici called on the UN Special Representative of the Secretary-General and on the UN Human Rights Council (HRC) to shoulder their responsibility by putting pressure on Algeria to stop the recruitment of child soldiers by the polisario in the Tindouf camps, in Algerian territory.

He deplored the fate of the children forcibly enrolled in the polisario militias, underlining Algeria’s direct responsibility for the violations committed against these children and the entire population of the Tindouf camps.

Since the onset of the regional dispute over the Sahara, nearly 8,000 children have reportedly been abducted and deported for military training abroad, particularly in Algeria, Cuba, Libya, Syria and Venezuela, in total disregard of children’s rights under the 1989 International Convention on the Rights of the Child (CRC), Dominici observed.

The expert also decried the recent videos showing recruited children being trained for war by the polisario in the Tindouf camps after the separatists broke the UN cease-fire on November 13, 2020.

The expert, who strongly condemned the violations of the children’s most basic rights in the polisario-run camps on Algerian territory, called on the UN Special Representative of the Secretary-General and on the UN Human Rights Council “to ask the Algerian authorities to put an end once and for all to these numerous violations.”

Children in the Tindouf camps in Algeria should not be used as “cannon fodder,” he insisted.