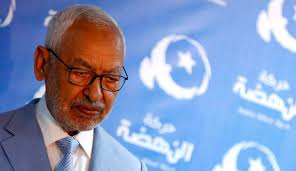 The dominant party in the Tunisian legislature, Ennahdha, Tuesday rejected claims that some of its members have joined the 73 signatories of a petition asking the removal of the leader of the Islamist party Rached Ghannouchi as speaker of Parliament.

The reaction came after Fayçal Tebbini, lawmaker from The Farmers’ Voice told local radio Jawhara fm that some lawmakers of the Ennahdha party have signed the petition.

Tebbini stressed that the Ennahdha MPs signed up the petition because they too believe Ghannouchi is running legislature according to his own agenda.

Mongi Rahoui and Zouhaier Maghzaoui, two other members of parliament seeking the removal of Ghannouchi early this week told the state-run news TAP that they have already collected as many as 73 signatories.

Rahoui lambasted Ghannouchi for using the parliament to carry out his own political agenda and for being responsible for the country’s political challenges.

Ennahdha in statement condemned Tebbini’s allegations arguing that they worsen the climate in the legislature, Tunisie Numerique reports.

Noureddine Bhiri, former minister and party member challenged Tebbini to produce evidences to back up his allegations, another media, Webdo Tunis, notes.

Ghannouchi last year overcame a first motion after 96 lawmakers pushed for his removal.

The proponents of the motion needed a 109-quorum to unseat the parliament speaker.