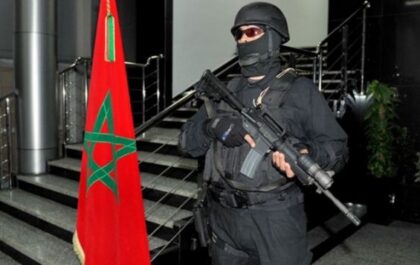 The CIA and FBI thanked Morocco’s domestic intelligence agency, known as DGST, for its cooperation and partnership in countering terrorism.

The US intelligence agencies expressed in letters their gratitude to the DGST in particular for “offering precise intelligence at the right time which helped arrest a dangerous terrorist,” DGST said in a statement.

Last month, the FBI arrested US soldier Cole Bridges for plotting a terrorist attack targeting the US soldiers and for his ties with ISIS following a tip off from Morocco’s DGST.

The CIA in particular lauded the leadership and professionalism of the DGST as part of joint efforts against terrorists and extremist groups.

Beside the US, Moroccan security services have offered key intelligence in the past that helped Spain, France and Belgium ward off terrorist attacks and arrest terrorists.

Media reports have raised Morocco’s contribution to help Sri Lankan authorities identify the suicide bombers and their mentors in the Islamic State following the 2019 simultaneous blasts that hit the country.