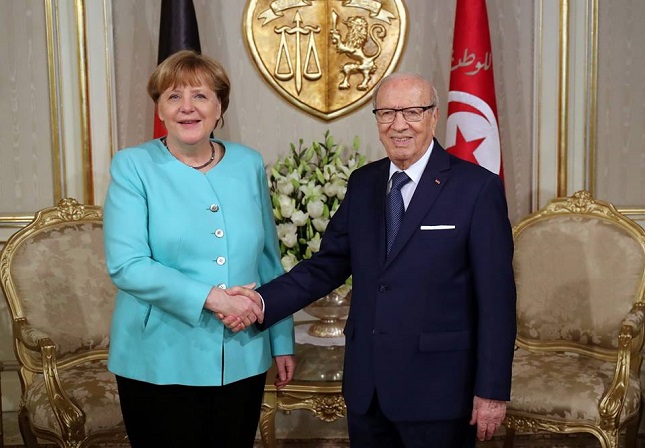 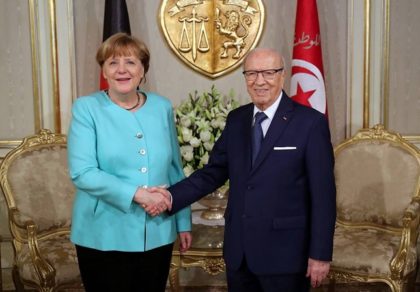 German Chancellor Angela Merkel announced that an agreement has been sealed with Tunisian authorities to speed up the process of repatriating the Tunisians who failed to obtain the status of refugee in Germany after a rejected Tunisian awaiting deportation killed 12 people at a Berlin market in December.

Merkel made the announcement during a two-day trip to North Africa that also included a stop in Egypt.

Besides the facilitation of the repatriation of rejected asylum seekers, Merkel’s talks in Tunis also dealt with job training for Tunisians.

Speaking at a joint Press conference with Tunisia’s President Beji Caid Essebsi, Merkel said that questions from Germany on the identities of Tunisian asylum applicants would be answered within 30 days and that Germany would help Tunisia set up a registration system to issue passports within one week.

“We have agreed with Tunisia to send back 1,500 Tunisians who have been refused (permission) to stay in Germany,” Merkel said.

Weakened by her open-door migrant policy, Merkel, who faces elections in September, is pressured to push for ways to encourage rejected North African asylum seekers living in Germany to depart the country and return home, notably after German authorities blamed Tunisian bureaucracy for delaying the repatriation of Anis Amri, the suspect in the Berlin market attack that killed 12 people.

Merkel was also supposed to visit Algeria to discuss migration issues but her visit was called off due to President Bouteflika’s failing health.