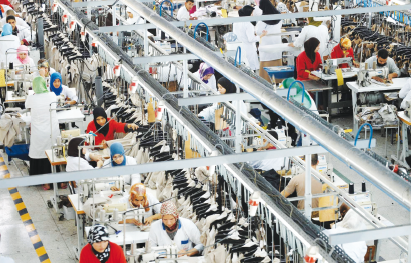 This is a direct fallout of the revision of the Moroccan-Turkish free trade deal, wherein the two countries agreed to reintroduce customs duty of 90% on 1200 industrial goods to help curb the chronic deficit of 2 billion dollars in Turkey’s favor.

Moroccan textile operators welcomed the news as a boon for an industry that has been hit hard by the free trade deal with Turkey.

Turkish clothing exports were boosted by the devaluation of the Turkish Lira making them far cheaper in the domestic market compared to Morocco-made clothes.