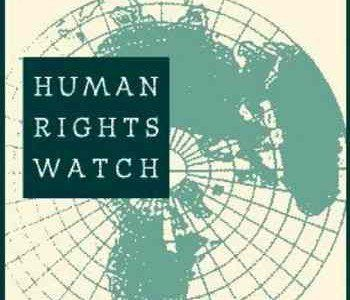 Morocco has formally rejected the allegations of Human Rights Watch, which attacked in a recent report the Moroccan judiciary, accusing it of bias in the wake of the pre-trial detention of Omar Radi on espionage-related charges and rape.

In a strong worded statement, Moroccan public authorities denounced the double speak of HRW, which calls for violating the constitutional principle of the independence of the judiciary.

HRW has issued a partial report on September 15 defending Omar Radi and calling for putting pressure on the Moroccan justice system.

Public authorities deplored that such calls are detrimental to the independence of the judiciary in so far as they hope to see interference in the trial in favor of Radi.

Only Morocco’s legal system has the right to take a decision following a fair trial, said the statement, recalling that the journalist in question is facing charges according to the law in force.

Contrary to what HRW and similar biased rights NGOs claim, Radi is not standing before justice for his articles or for being a journalist, public authorities said, underscoring that being a journalist does not give immunity nor undermine equality before the law.

Public authorities reject that HRW mingles with a case that is under investigation by justice in order to attempt at influencing the court.

The pre-judgement expressed by HRW in its report reflects a blatant bias inherent to HRW in its treatment of Moroccan issues.

Authorities also expressed astonishment at how HRW denies the right to free speech to some Moroccan media outlets who have expressed opinions that do not match those of HRW.

Omar Radi is accused of receiving funds from foreign intelligence agencies and is also facing charges of rape of his co-worker Hafsa Boutahar.