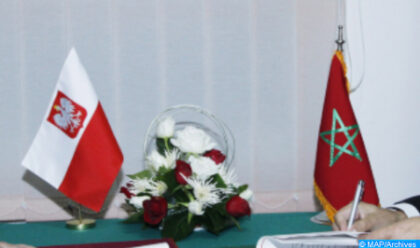 The document declares the company’s intent to open a production unit of 1electrical equipment, as part of a joint venture with a local operator.

The President of the Polish group, Ryszard Wtorkowski, who signed the declaration of intent, highlighted the investment potential of the Kingdom.

“We would like to underline that the pursuit of international expansion is one of the strategic priorities of our company and Morocco, in this regard, thanks to its stable economic situation, the high quality of infrastructure and the large number of projects in which our products could potentially be used, is undoubtedly an interesting destination for our development,” Wtorkowski said.

“I am convinced that with our experience, our know-how, and our technological capabilities, LUG can be very successful on the Moroccan market and contribute to its sustainable development, thanks to the use of modern LED light solutions,” he added, announcing that a business delegation from LUG Light Factory will soon make a prospecting visit to Morocco’s southern provinces.

Morocco’s Ambassador to Warsaw, Abderrahim Atmoun, who attended the signing of the declaration of intent, stressed that Morocco and Poland have excellent diplomatic relations and that the two countries’ leaders attach particular importance to strengthening bilateral relations, particularly at the economic level.

The diplomat said he was convinced that the consolidation of relations between Morocco and Poland hinges on the involvement of the private sector.

Morocco has become an international logistics hub, thanks to the major structuring projects launched by King Mohammed VI, Atmoun pointed out.

LUG Light Factory is now the second Polish company that has materialized its intention to invest in Morocco’s southern provinces through an official declaration.

In December 2020, Warsaw-based helicopter manufacturer FlyArgo signed a joint declaration with the Moroccan ambassador to Poland to formalize its project to expand in Morocco.

More recently, on January 13, Atmoun met with a group of Polish investors and stakeholders who expressed their eagerness to visit Morocco’s southern provinces and discover the business opportunities they offer.

The lighting operator currently employs more than 600 workers in Poland and has expanded in the UAE, France, the UK, Argentina, Brazil, Germany, and Ukraine. Morocco would be the first African country to host a branch of LUG Light Factory.