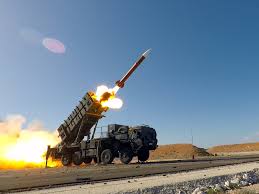 The US International Trade Administration confirmed the sale of PATRIOT Air Defense systems and G550 reconnaissance aircraft to Morocco.

The US agency however did not offer details on the value or quantity of the sale, but it recalled that Morocco is the largest buyer of US arms in the African continent.

It recalled that Morocco has strengthened its navy and equipped its army with sophisticated vehicles.

“In addition, this year, Morocco purchased 25 new F-16aircraft, for a total budget of $2.8 billion. It also purchased 24 new Apacheattack helicopters at $1.6 billion,” it said.

Morocco has received 24 F 16 fighter jets from the US as it seeks to modernize its army and bolster its air superiority in North Africa. Besides arms imports, Morocco has launched a plan to build its own defense industry platform and has discussed with the US prospects for bilateral projects in this connection.

The two countries signed last year a strategic military pact that runs until 2030.

The Royal Armed Forces have placed a $9 billion order for the acquisition of 25 F16 jets and 36 Apache helicopters that will help it boost its defensive and attack capabilities. By 2028, Morocco plans to have 48 F16 jets in total, equipped with fifth generation radars and 36 Apache helicopters, according to FAR Maroc, a military portal specialized in the Moroccan army.

These acquisitions, which add to Abram tanks, show that the Royal Armed Forces remain consistent in their efforts to modernize weaponry.

Morocco’s recent US purchases would significantly tip the balance in the regional arms race with Algeria, a country whose chief of staff has trained and armed the Polisario separatist and has described the North African kingdom as “the enemy”.

A report issued by the Strategic Defense Intelligence (SDI) said Morocco is poised to become Africa’s leading army in 2022 thanks to its advanced procurements. A prophecy that is set to become true as Morocco is on way to unseat an Algeria – plagued by internal strife and dwindling revenues – as Africa’s top army.

“Our permanent interest in the modernization and equipment of your units stems from our constant desire to develop your defense capabilities and to provide you with the necessary means and equipment, according to a global and integrated plan for the next decade. We have given our high guidelines for the implementation of this Plan, which will make it possible to finalize what has been achieved over the last two decades, so that our Armed Forces remain the protective shield and the impassable rampart for the defense of the Nation and its sacred values,” King Mohammed VI said in an Order of the Day to the Royal Armed Forces last year.