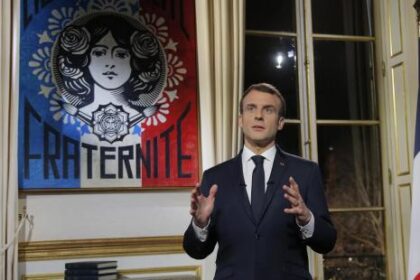 French President Emanuel Macron made it clear that there will be “no repentance nor apologies” for the occupation of Algeria or the bloody eight-year war that ended French rule.

However, the French President said he supports “symbolic acts” that encourage reconciliation between the two countries.

The Algerian war of independence (1954-1962) was marked by war crimes from both sides.

A report released on January 20, commissioned by Macron, said that France will establish a “memories and truth” commission to review the country’s colonial history, but ruled out offering apologies.

The report was written by the French historian Benjamin Stora, who will now head the commission. He said the report focused on a series of concrete actions to “lift the lid” on a range of issues left behind by France’s colonial past and the Algerian War.

The report also presented a series of other proposals to address longstanding grievances. But it avoided the question of systemic torture by French forces, which Macron has already acknowledged.

On the other hand, the administration of Tebboune, lacking legitimacy, is seeking to build on a much-wanted apology in order to gain popularity at a context Algeria braces for an economic crisis reminiscent of the bankruptcy that bit the country in the 1990s.